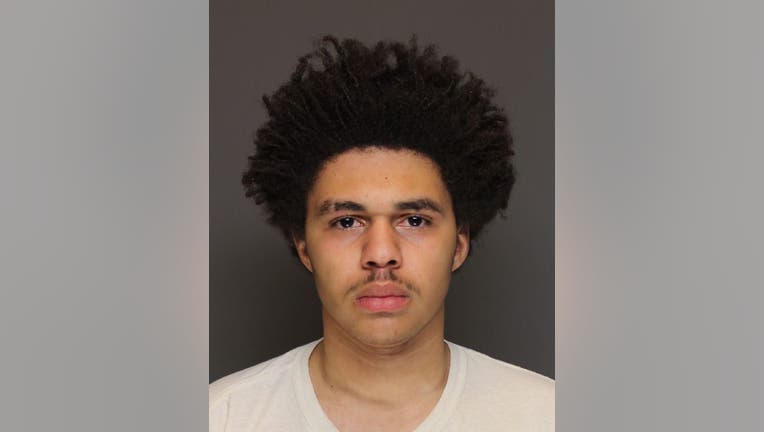 Marcelino Lopez is charged with murder and attempted murder in connection to a deadly shooting in South St. Paul. (Dakota County Jail)

MAPLEWOOD, Minn. (FOX 9) - A 19-year-old man has been charged with murder and attempted murder after he allegedly shot and killed the man he planned to fight over an ex-girlfriend in South St. Paul, according to the Dakota County Attorney's Office.

Marcelino Santiago Lopez made his first court appearance Friday. A judge set bail at $1.5 million without conditions. Lopez has also been charged with assault in this case.

According to the criminal complaint, around 1:30 p.m. Thursday South St. Paul police responded to a reported shooting in the 1600 block of North Concord Street. When the officers arrived, they found 20-year-old Brandon Nieves and a 16-year-old boy suffering from gunshot wounds.

Authorities pronounced Nieves dead at the scene from an apparent gunshot wound to the head. Crews took the 16-year-old to the hospital, where he remains in critical condition for a shot to the chest.

Witnesses told police they saw a man, later identified as Lopez, fire a shotgun at both victims and then drive off. While police were interviewing witnesses, Lopez called the Dakota Communications Center admitting to the shooting. He surrendered himself to West St. Paul police officers.

Lopez told authorities he had planned on social media to fight Nieves because Nieves had become romantically involved with Lopez's ex-girlfriend. He claimed when he saw multiple people get out of the car at the meetup, he used his shotgun. He admitted he had threatened to kill Nieves multiple times on social media before meeting up for the fight.

"This appears to be another senseless act of domestic-related violence that has claimed one life and left another person seriously injured," read a statement from Dakota County Attorney James Backstrom. "Our sympathy is extended to family and friends of Brandon Nieves for their great loss, as is our hope for the recovery of the 16-year-old Victim now in critical condition."

Lopez's next court appearance will be on April 24.