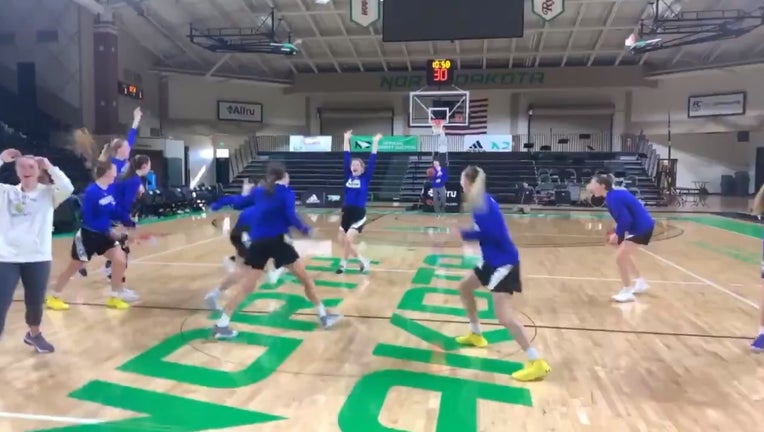 The video, shared on Twitter by the Jackrabbit's account, shows the players in North Dakota's Betty Engelstad Sioux Center during what appears to be a pre-game warmup.

One by one, players Sydney Stapleton, Addison Hirschman, Paiton Burckhard, Jordan Ferrand, and Lindsey Theuninck lined up and knocked down shots.

Since being posted Thursday, the video has been shared around the internet by accounts ranging from ESPN to Barstool Sports, who referred to the girls as the "Splash Sisters" -- a reference to the "Splash Brothers" Steph Curry and Klay Thompson who are known for their expert shooting.

The shots kept falling for the Jackrabbits, who ended up beating North Dakota on the road, 74-61.