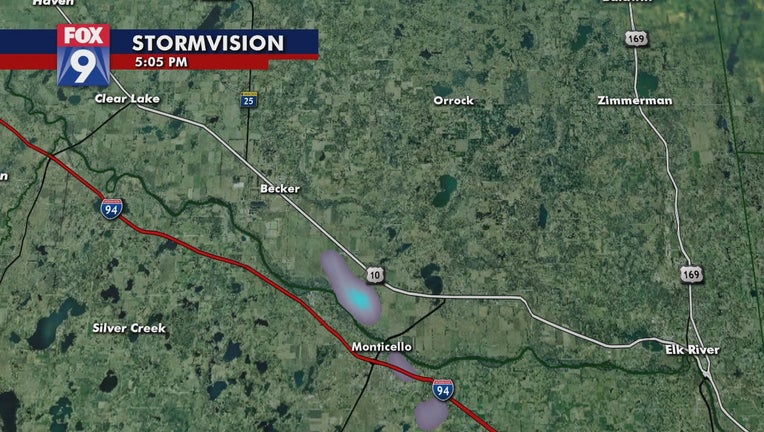 Smoke from the fire in Becker, Minnesota is visible on the FOX 9 radar.

(FOX 9) - After a fire ignited at the Northern Metal Recycling facility in Becker, Minnesota, the smoke has become an issue for neighboring areas. It's even large enough to be seen on the FOX 9 radar.

The smoky area can be seen on the radar, with the heaviest smoke shown in light blue.

Crews are still fighting the fire, which was reported by a passerby at 2:25 a.m. Tuesday. The fire appears to have started inside a massive pile of crushed automobiles at the facility. Police said damage appears confined to the pile of crushed cars. No one was injured and no building structures were involved.

Meanwhile, the Becker Police Department has received questions about air quality from the large amount of smoke. The department is working with Northern Metals and other agencies to identify the air quality and “anything that that would be problematic with the smoke.” As precaution, people with respiratory issues are being advised to stay indoors or in a well-ventilated area.