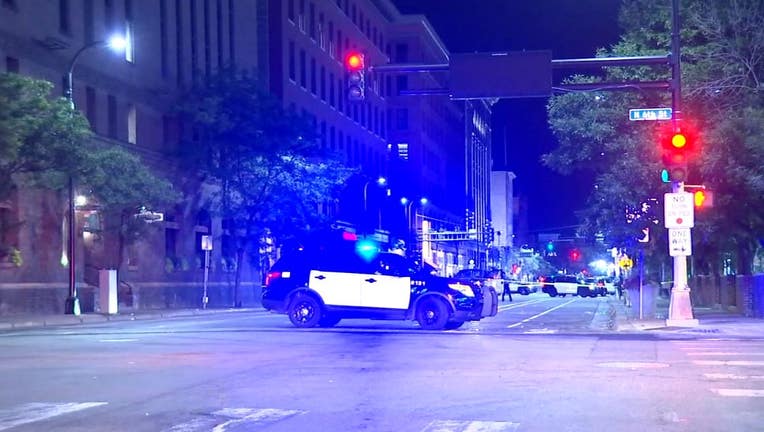 According to police, at 3:12 a.m., officers in the area of 1st Avenue North and 5th Street heard the sound of shots fired. Police saw a woman on the ground suffering from a gunshot wound. She was transported to the hospital with non-life threatening injuries.

Police also learned that a man and a woman arrived at the hospital with non-life threatening injuries. It was reported that they sustained their injuries in the same incident.

An occupied squad car was also struck by a bullet, but no officers were injured.

No one is in custody, and the case is under investigation.