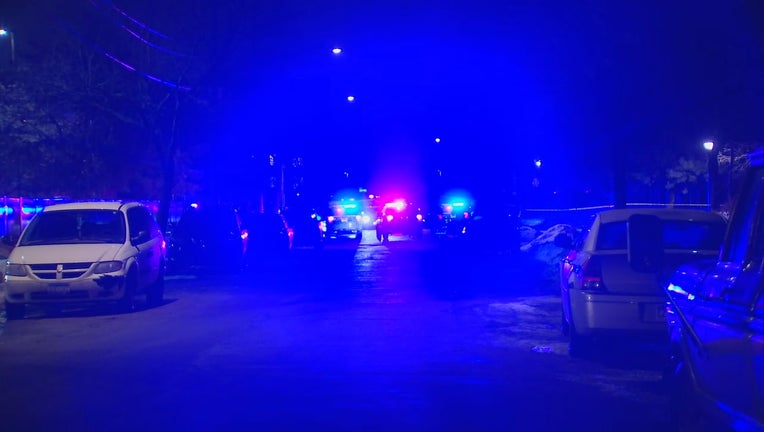 Police have blocked off a large area around East Phillips Park after Thursday evening's shooting. (FOX 9)

MINNEAPOLIS (FOX 9) - An investigation is underway Thursday evening after a shooting at East Phillips Park in Minneapolis has left one person dead and another two people injured.

Police responded around 6:45 p.m. for the shooting along the 2300 block of 17th Avenue South in Minneapolis' Phillips neighborhood, where they found three victims lying on a sidewalk at the park.

One of the victims was declared dead at the scene, police said, while another was rushed to the hospital in critical condition. A third victim was also hurt by gunfire but police say they are expected to survive.

Officers have now blocked off the area to search for evidence as homicide investigators look for the suspects involved.

The police department is asking for anyone with information on the incident to call CrimeStoppers at 1-800-222-TIPS.