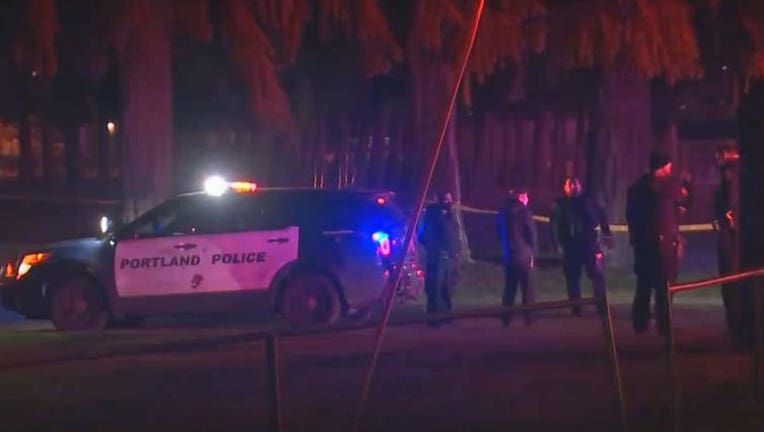 Police in Portland, Oregon are investigating after a woman was killed and five others were wounded in a shooting reportedly during a "Justice for Amir Locke" solidarity rally Saturday night. (FOX 12 KPTV)

PORTLAND, Ore. (AP/FOX 9) - Police in Portland, Oregon are investigating after a woman was killed and five others were wounded in a shooting reportedly during a "Justice for Amir Locke" solidarity rally Saturday night.

The Portland Police Bureau said officers responded to a report of shots fired at Normandale Park around 8 p.m. local time on Saturday. Arriving officers found one woman dead, and two men and three other women were taken to the hospital, police said. Their conditions were not immediately known.

Police have not named anyone involved in the shooting and the circumstances of the shooting remain unclear. FOX 12 in Portland, Ore. reports two suspects are in custody, according to Portland Police.

Social media flyers show there was a planned march demanding justice for Amir Locke, Patrick Kimmons "and all others" at the same time the shooting took place. Kimmons, a 27-year-old Black man, was shot and killed by Portland Police officers in 2018.

Locke, a 22-year-old Black man fatally shot by Minneapolis Police, was laid to rest in Minneapolis on Thursday. 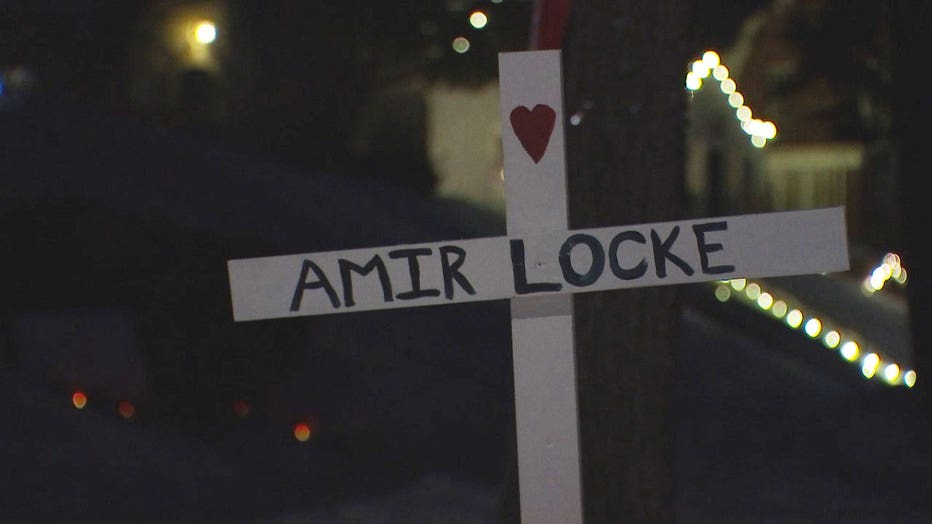 Protesters honoring Amir Locke placed crosses and candles as part of a rally on Feb. 5 outside a home they believe belongs to interim Minneapolis Police Chief Amelia Huffman. (FILE) (FOX 9)

Calls for reform and accountability have increased across the country since officer Mark Hanneman, a member of the Minneapolis Police SWAT team, shot and killed the 22-year-old while serving a no-knock warrant in a downtown apartment building early in the morning on Feb. 2. Body camera video shows Locke wrapped in a blanket on the couch starting to wake with a gun in his hand when officers shot him seconds after entering the apartment he was staying in. Locke was not named on the search warrant related to a St. Paul homicide investigation.

The Oregon State Medical Examiner is expected to identify the woman killed and determine the cause of death. An investigation is ongoing.