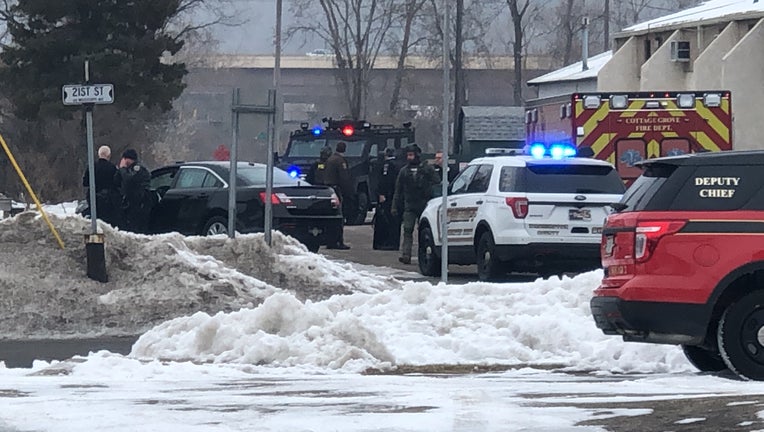 A woman was taken into custody after an armed standoff with Washington County deputies in Newport, Minnesota. (Derrick Lehrke)

NEWPORT, Minn. (FOX 9) - Non-lethal munitions were used to take into custody a 60-year-old woman who would not drop her weapon overnight Thursday.

Just after noon Thursday, Washington County Sheriff’s Office deputies responded to an incident in the city of Newport. Upon arrival, deputies found the woman holding a handgun outside her home. While deputies tried to communicate with her, she pointed the gun at deputies.

Members of a SWAT team and some neighboring departments responded to the scene and tried to negotiate with her for about an hour. She would not drop the weapon.

SWAT officers then used "less than lethal" munitions to subdue her and take her into custody. She was hospitalized for an evaluation.

No firearms were fired in the incident.

"The Sheriff’s Office is proud of the great work done by all the deputies and officers on scene and because of their actions they were able to bring this very dangerous situation to a peaceful resolution," the Sheriff’s Office said in a release.