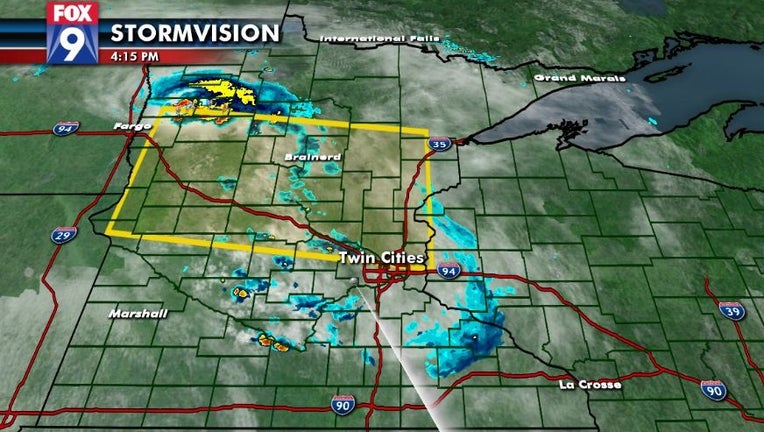 (FOX 9) - A severe thunderstorm watch is in effect Friday evening for a large part of Minnesota, stretching from the west-central section of the state into the north metro.

The watch is in effect until 1 a.m. as a cluster of storms threatens to push from northern Minnesota south and east.

The storms have the potential to bring heavy rain, damaging winds, and frequent lightning, with the possibility of developing a tornado or two. The storms are starting in the northwest corner of the state but will move southeast Friday night into early Saturday morning.

By early Saturday morning, the storms will have pushed through the north metro, into western Wisconsin.

However, with increased humidity over the weekend, more severe weather is possible later in the weekend, particularly on Sunday.

Get the FOX 9 Weather App to track storms live on your phone, with future radar, live streaming video of FOX 9 coverage and alerts and forecasts customized for your current location and favorite locations: fox9.com/apps