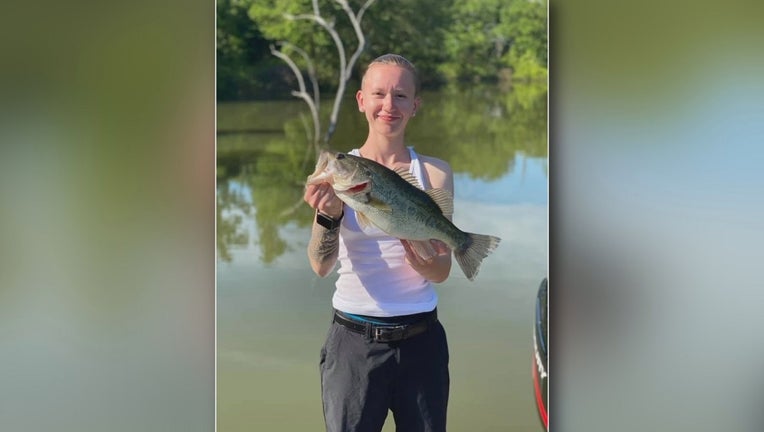 Vanessa Jensen was killed after being hit by a bullet while watching street racing in Minneapolis.

MINNEAPOLIS (FOX 9) - A Chisago County family is grieving Saturday, after losing their daughter to yet more gun violence in Minneapolis overnight.

Vanessa Jensen’s parents Rachel and Travis are in shock. Early on Saturday morning, they learned they’ll have to do something no parents ever should, bury their own child.

A Chisago County family is grieving today, after losing their daughter to yet more gun violence in Minneapolis overnight.

"Her birthday was next week June 9, she would’ve been 20," mother Rachel Jensen said.

The family says overnight the 19 year old went with her cousins to watch street racing in Minneapolis but never came home.

"She was shot three times, one in each arm and one in her chest," Rachel said.

The shooting happened on the 2200 block of North Second Street, according to Minneapolis Police. The Jensens say drivers were doing burnouts and donuts in the area when two people got into an argument, and shots were fired.

"They thought it was fireworks, and when they realized it wasn’t people were scattering. They took off to run, by the time they got to Vanessa‘s truck, Vanessa told him she had been shot," Rachel said.

Her parents believe someone knows who is responsible, and now they’re begging that person to come forward.

"Do the right thing, so my family can have closure and lay my baby to rest," Rachel said.

Travis and Rachel last saw Vanessa on Friday, and on that day they’d made plans to enjoy a warm Saturday on the lake.

"She said I love you, that was the last time I talked to her," Rachel remembered.

"It’s still unreal that she ain’t here because I feel like she’s going to pull up at any moment," Travis said.

Now instead of celebrating her birthday, they’ll have to celebrate her life.

"She didn’t deserve this, she was in the wrong place at the wrong time," Rachel said.

Law enforcement in the Twin Cities says this reckless street racing is a gigantic problem. They’ve seen it in Minneapolis, but also Roseville and St. Louis Park and they’re working to form a group to address the problem.