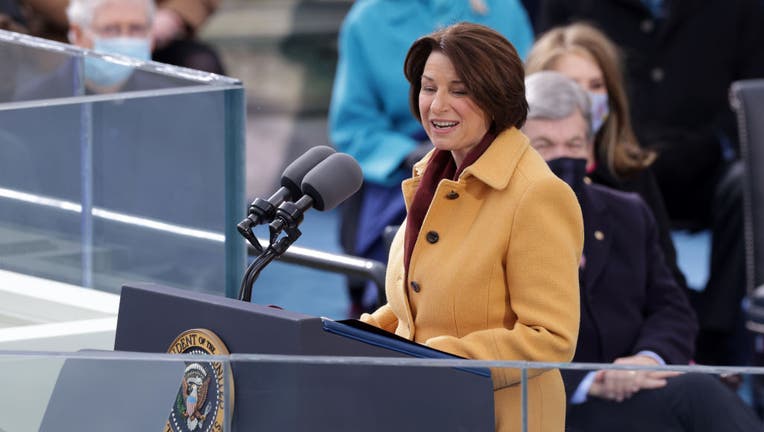 (FOX 9) - Minnesota Senator Amy Klobuchar played a big role in the inauguration ceremonies at the Capitol on Wednesday.

As the lead Democrat on the Senate committee in charge of planning the festivities, Klobuchar was front and center throughout the ceremony.

U.S. Sen. Amy Klobuchar who's on the committee that planned the inaugural, speaks on stage ahead of Joe Biden's inauguration.

"Two weeks ago when an angry violent mob staged an insurrection and desecrated this temple of our democracy, it awakened us to our responsibilities as Americans," said Klobuchar.

"Now it falls on all of us, not just the two leaders we are inaugurating today to take up the torch of our democracy -- not as a weapon of political arson, but as an instrument for good," she said.

"We celebrate a new president, Joe Biden who vows to restore the soul of America and cross the river of our divides to a higher plain," she said.