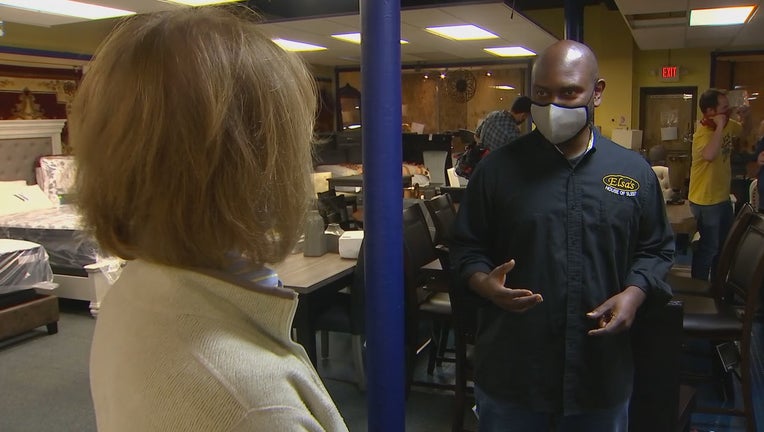 ST. PAUL, Minn. (FOX 9) - Senator Tina Smith toured the damage left behind by fires and unrest in the aftermath as federal lawmakers consider relief packages for businesses damaged during the riots in the Twin Cities.

In St. Paul alone, federal investigators are working to track down suspects in 35 fires set at businesses, many along University Avenue where looters caused mayhem in the Midway area.

Senator Smith says the businesses were dealt a difficult hand this year. Many were already struggling with restrictions put in place due to the coronavirus pandemic. And just as the state began to relax those restrictions, some saw their businesses looted, damaged, and even destroyed during the unrest that followed George Floyd's death.

"It's going to be hard for this community to recover," Smith said. "So, I'm here today to figure out what I can learn from them as I got back to Washington."

Smith says she thinks low or no interest microloans from the government would provide a big help for business owners trying to get back on their feet.

The senator also said she learned that many were still unable to get access to federal loans made available to businesses during the height of the COVID-19 lockdowns. She says the government must address those problems.