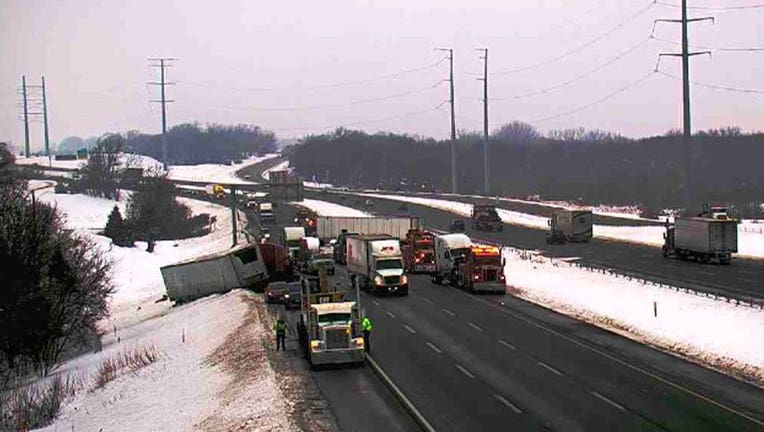 CLEARWATER, Minn. (FOX 9) - Two drivers are expected to survive their injuries after two semis collided head-on along I-94 in Clearwater, Minnesota.

Two drivers survived after a frightening head-on crash involving two semi trucks which snarled mid-afternoon traffic along I-94 near Clearwater, Minnesota on Tuesday.

Minnesota State Patrol says a semi headed westbound on I-94 just east of Clearwater when the truck went through the median and hit a truck headed in the opposite direction. Troopers say one driver suffered non-life-threatening injuries and was treated at St. Cloud hospital. The other was not injured.

The crash impacted traffic in eastbound lanes for several hours during the day. The wreck was mostly cleared by 4 p.m. but lanes remained closed.