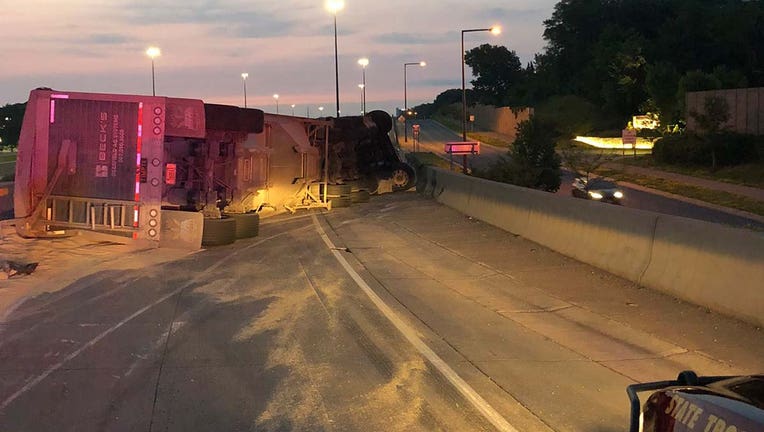 Bloomington Fire and the Minnesota State Patrol on the scene of a semi rollover that spilled grain onto the Hwy 169 ramp to I-494 on Tuesday, July 13, 2021.

BLOOMINGTON, Minn. (FOX 9) - The Minnesota State Patrol shut down the northbound Highway 169 ramp to eastbound Interstate 494 in Bloomington early Tuesday morning after a semi rollover spilled grain onto the highway, blocking the ramp.

The rollover happened just before 5 a.m. Bloomington Fire and the State Patrol expected the ramp to be closed for several hours, creating traffic backups through the area.

The semi driver was extricated from the crash and evaluated by EMS.

Get live traffic updates on the FOX 9 Morning News, streaming at fox9.com/live.