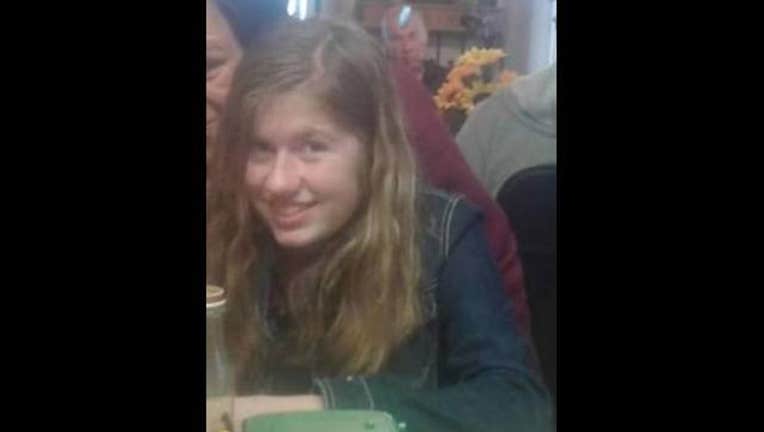 BARRON, Wis. (KMSP) - The nationwide search for 13-year-old Jayme Closs whose parents were found dead in their Barron, Wisconsin home has entered a third day.

Jayme has been missing since early Monday morning, when the bodies of her parents, James and Denise, were found following a 911 call from the family's home shortly before 1 a.m., according to the Barron County Sheriff's Office.

Neighbors reported hearing gunshots coming from the family's home shortly after midnight Monday. No one spoke directly to dispatchers during the 911 call, but there was some background noise.

When officers responded to the scene, Jayme was already gone.

Barron County Sheriff Chris Fitzgerald says James and Denise Closs both died of gunshot wounds and their deaths have both been ruled homicides. No gun was found at the scene. He says after looking at evidence found in the home and listening to the 911 call, investigators believe Jayme was home at the time of the shooting. They say they believe she remains in danger.

Jayme's grandfather said Jayme attended a family birthday party on Sunday with her mother and was her usual kind and shy self. He said nothing seemed out of the ordinary at the party.

Family members told Fox 9 they are a tight knit family. They said Denise attended every family event, often bringing people gifts just because she loved to see everyone smile.

An AMBER Alert was issued on Monday afternoon.

Sheriff Fitzgerald said if you know someone whose behavior has changed or there are changes in their routine, pay attention to that. Additionally, he said people may have information and not even realize it.

The FBI is now involved in the case as well.