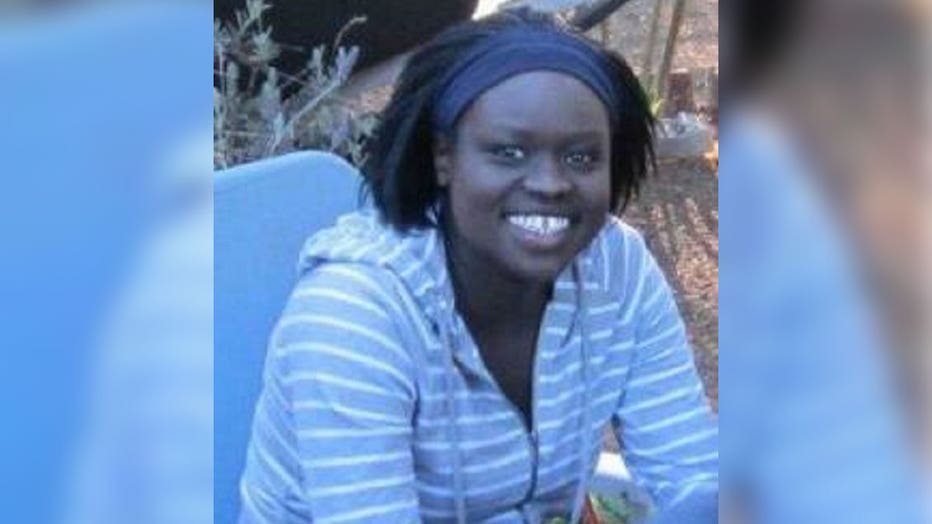 MINNEAPOLIS (FOX 9) - The search for a missing Mankato woman is now pushing into its third week; and as they wait for answers, her family is growing more worried.

The search for a missing Mankato woman is now pushing into its third week; and as they wait for answers, her family is growing more worried.

On Sunday, her sisters described the nightmare their family is now living in: "I mean I can’t sleep," Nyawaraga said.

After immigrating from South Sudan, Nyawuor graduated from North Park University and was working at a book-making factory. Her family says she has struggled with her mental health, but things seemed to be getting better. Then the 30-year-old left their apartments on the night of April 25, and they haven’t seen her since.

"She was just going to go to the store right around the corner," Nyawaraga said. "She didn’t say anything."

Tracking her cell phone and credit card, law enforcement learned she stopped by a Casey’s gas station. But not long, after the trail goes cold.

Nyawuor was using rideshare applications to get around, and her driver says she was looking for a lake.

Law enforcement has searched around nearby Eagle Lake and they don’t believe foul play is involved in Nyawuor’s disappearance. Her family is organizing more searches in the area this week, and her father is flying in from Kenya to aid in the search.