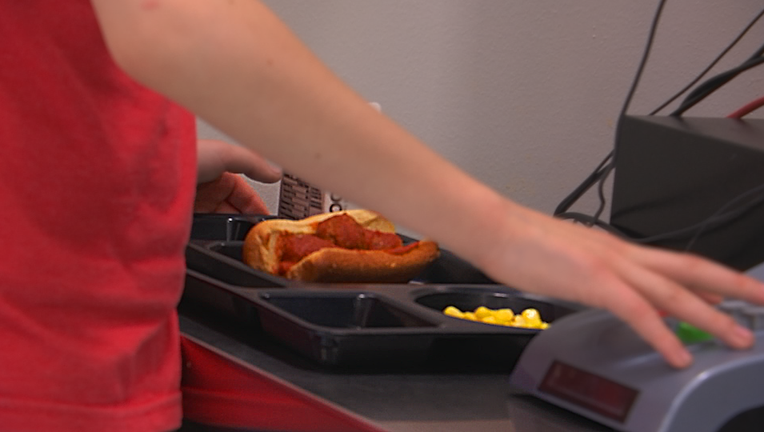 The number of school children who are at risk of getting lunch shamed is going down according to new information released by Mid-Minnesota Legal Aid. (FOX 9)

(FOX 9) - The number of school children who are at risk of getting lunch shamed is going down according to new information released by Mid-Minnesota Legal Aid.

The advocacy group surveyed more than 300 schools this summer and found only about 13 percent offer an alternative meal when a child’s lunch money account is in the red and no schools refused to serve a student with lunch debt.

Those numbers are a huge improvement over the group’s 2014 survey. Back then, 53 percent of schools offered an alternative meal and 15 percent refused any food to students who had negative accounts.

School lunch shaming decreasing in Minnesota, but remains a problem

The number of school children who are at risk of getting lunch shamed is going down according to new information released by Mid-Minnesota Legal Aid.

Mid-Minnesota’s Jessica Webster said there has been a cultural shift in the last five years.

“Now parents get really upset when hearing about a peanut butter and jelly sandwich or a cheese sandwich and milk and they think about what the stigma and shame,” she said.

In Minnesota, schools are not allowed to deny diplomas for outstanding lunch debt, and efforts to collect debt must not “demean or stigmatize” a child.

However, the U.S. Department of Agriculture requires schools districts to try to collect - it just doesn’t say how.

“At the end of the school year, schools are charged for the debt that is not able to be collected, goes back to school account and impacts school funding,” said Stacy Koppen who is in charge of nutrition services for St. Paul Schools. A majority of its students - 66 percent - qualify for free lunch.

The line is drawn at 185 percent of poverty rate. The maximum total income for a family of four is $47,638 a year.

“I have talked with parents who are $10 over the guideline or the income limit...$10,” said Koppen. "In reality, they are choosing to pay the electric bill and paying for a school meal.  So those are families we see in need and that is where a lot of the lunch debt originates.”

For Koppen, the issue is personal. As a high school student, she was singled out when she could not afford lunch.

“[The cafeteria worker] basically yelled at me and that I already charged too many meals and I had to bring money back tomorrow,” Koppen recalled.

FREE LUNCHES FOR ALL STUDENTS?

Among those who saw the shame and stigma, was St. Paul school cafeteria worker, Philando Castile.

His mother, Valerie, heard stories from parents when Philando died three years ago after a police officer shot him.

“When their kids didn't have money, he would pay for it and they would try to pay his money back and he wouldn't accept it,” she said.

“It's enough to make you cry to think about the innocent children that are trying to learn, going to school,” she said.

There 's no shortage of studies showing a clear link between nutrition and academic performance. Hungry children are more likely to get poor grades, to be held back, or miss school entirely. Castile believes schools should offer free meals to all students.

“Universal meals is a dream and vision I have for schools throughout the U.S.,” said Koppen.

In St. Paul, where they also offer a free breakfast to all students, the cost of picking up all the meals would be $27 million a year, about 3 percent of the budget, not an insignificant expense.

School officials told FOX 9, the number one way to fight lunch shaming is for families to sign up for free or reduced price lunches. However, the numbers of those seeking to do that is going down and the experts aren't sure why.

If you have questions about free or reduced lunches check out the information from the Minnesota Department of Education.

You should apply at your children’s schools or district offices.