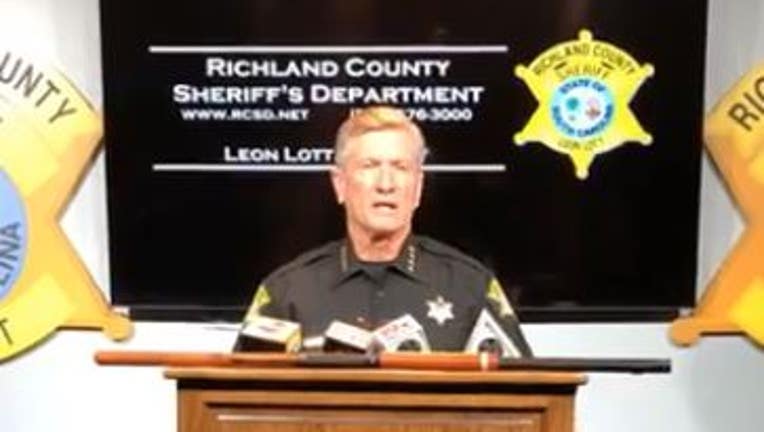 ROCHESTER, Minn. (FOX 9) - A 29-year-old man charged with murdering a pregnant woman and her two-year-old daughter Sunday in Rochester, Minnesota was shot by law enforcement in Columbia, South Carolina and taken into custody Sunday night.

Rochester Police say they responded to the apartments on a call about suspected deceased person around 1:45 p.m. Sunday. There they found a 23-year-old and a 2-year-old dead. Police say the victims died of trauma.

Later Monday, police identified Carter and confirmed his arrest in Columbia, South Carolina for a Department of Corrections warrant.

Columbia Police shot Carter during the arrest. In a news conference Monday, Richland County Sheriff Leon Lott said Carter had come to Columbia to kill another ex-girlfriend. Lott said Carter was carrying a BB gun when he was shot by officers.

Both body camera video and a Facebook Live video recorded by Carter were used to confirm his identity.

Lott said the state of South Carolina is beginning the process of extraditing him to Olmstead County where he will face the three murder charges.