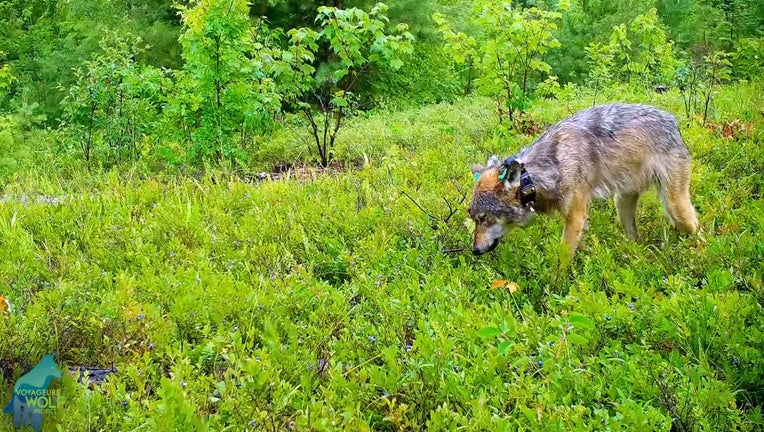 (FOX 9) - For the first time ever, researchers have observed wolves feeding blueberries to their pups and captured video of wolves foraging for blueberries in northern Minnesota.

The Voyageurs Wolf Project says the new research and video suggest that berries are a more important food source for the predatory animal than previously believed.

The research found that, while wolves are primarily hunters, they are also opportunistic eaters and have been known to consume plenty of nonmammal foods, like berries and fruits.

In northern Minnesota, during the summers, researchers say that up to 68 percent of an adult wolf’s diet can consist of wild berries. For pups, berries can account for more than 30 percent of their diet.

Adult wolves are known to chew up the berries and feed them to the pup, according to Voyageurs Wolf Project.

Researchers say they began looking into the feedings after finding regurgitated berries in the Greater Voyageurs ecosystem before witnessing the berry feedings in 2017.

The Voyageurs Wolf Project says it plans to continue researching diets for wolves.