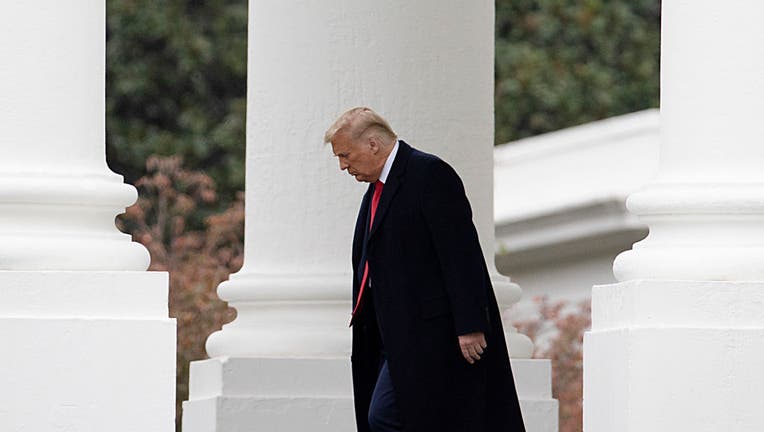 (FOX 9) - Nearly 160 million Americans cast ballots in the 2020 election, making it one of the highest voter turnouts in history. And yet for many, democracy seemed more fragile and under threat than perhaps at any time in the history of our republic.

In his speech Saturday night, President-elect Joe Biden urged the country to “lower the temperature”of its disagreements.

A triumphant and fragile democracy

Nearly 160 million Americans cast ballots in the 2020 election, making it one of the highest voter turnouts in history.&nbsp;And yet for many, democracy seemed more fragile and under threat than perhaps at any time in the history of our republic.&nbsp;

We live in dangerous times, according to three reports published last month from the U.S. Department of Homeland Security and two non-partisan think tanks.

The studies warn of forces that don’t play by the normal rules of democracy, and won’t give up after election day.

A U.S. Homeland Security Threat Assessment last month warned, “Some us based violent extremists have capitalized on increased social and political tensions in 2020, which will drive an elevated threat environment at least through early 2021.”

According to a study from the Center for Strategic and International Studies,white supremacists and similar extremists were behind 67 percent of the terror plots and attacks in the U.S. in 2020.

Another group that tracks conflict globally, studied changes in U.S. protests and demonstrations.  The Armed Conflict Location and Event Data Project(ACLED) looked at more than 10,600 demonstrations since the police killing of George Floyd in Minneapolis.

It found the overwhelming majority of those protests, 95 percent, were peaceful.  Fewer than 570 protests involved violence, and it was most often isolated and confined to property damage.

The ACLED study noted that when violence does occur, it is often sparked by agent provocateurs.

The report specifically sites “Umbrella Man,”a figure in a gas mask, riot gear, and carrying an umbrella, who was seen smashing windows who incited further violence at the Third Police Precinct.  A search warrant has identified the suspect as a member of the ‘Aryan Cowboys.’

Federal prosecutors have also indicted two members of the white supremacist group, the Boogaloo Boys, for inciting violence and firing weapons during demonstrations at the Third Precinct.  The Boogaloo Boys have advocated for a race war in America.

We are talking about violence perpetrated by those at the very fringes of civic society, and yet through the kaleidoscopic fun house mirror of social media and cable news, their messaging and misinformation gets amplified by algorithms and likes.

According to one survey, 42 percent of Americans believe, incorrectly, that “most protestors (associated with Black Lives Matter) are trying to incite violence or destroy property."

Even more disturbing is how political violence becomes normalized, according to another survey by YouGov and the Voter Study Group.

Three years ago, only 8 percent of Democrats and Republicans alike thought violence could be justified for advancing political goals. Today 33% of democrats and 36% of republicans are willing to cross that line.

And all this discontent has been wrapped in a pandemic, that has crippled our economy and turned neighbors into strangers.

Voting is the most precious of our liberties. It is the right that guarantees all others.

And while the election turnout is laudable, it is equally clear that election day isn’t some kind of imaginary finish line for what troubles America, any more than it is a victory lap for the winner.

Election day, or election week in this case, is as its always been, another starting line.