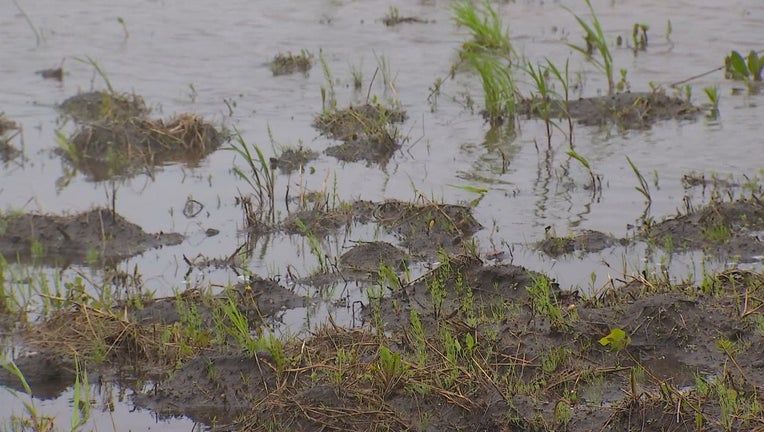 Nitrates tend to be an issue in more rural areas, according to the Environmental Working Group. (FOX 9)

The federal standard is 10 milligrams per liter of water. In some public water supply systems, the concentrations are higher.

According to a report, potentially dangerous nitrate levels have been found in some Minnesota drinking water.

“The main issue with nitrate is in rural areas,” said Anne Weir Schechinger of the Environmental Working Group.

Many agricultural crops in Minnesota rely on nitrates to achieve peak production. In areas with high drainage soils in southeastern Minnesota and areas where there are few aquifers in southwestern Minnesota, however, it can lead to contamination issues.

Several community systems have tested at more than twice the federal limit. They include Adrian at 32 milligrams per liter; Clear Lake at 27 mg/L; Ellsworth at 23 mg/L. Sandsruds Court, which is a trailer park community, tested at 28 mg/L. That’s almost three times the limit. Schecinger argues the federal limit is too high.

Minnesota’s Department of Health believes the scientific data does not support lowering the federal standard.

“We’re always open to discussions about that,” said Tannie Eshenaur, the MDH’s planning director for drinking water. “We’re continually looking at the literature, but at this point there isn’t enough evidence to change the standard.”

The state is responding in other ways. Starting this year, farmers growing crops in some of the state’s most sensitive soil regions can no longer apply nitrogen fertilizer in the fall.

“And this is really a first in the nation kind of rule,” said Schecinger. “No one is really regulating agriculture like this rule. But, we really don’t think that it’s going to be enough.”

“So, how can we help them have a better selection of choices for how they’re using their land?” said Eshenaur. “Can there be different choices of crops, crops that are economically profitable but also protect groundwater.”

Data shows more than 3,000 private wells in Minnesota test at or above the federal limit for nitrate. The Water Quality Association offers advice for homeowners on nitrate testing and mitigation.

To find a certified water-testing lab to check your drinking water, click here. A list of Minnesota water quality professionals can be found here.