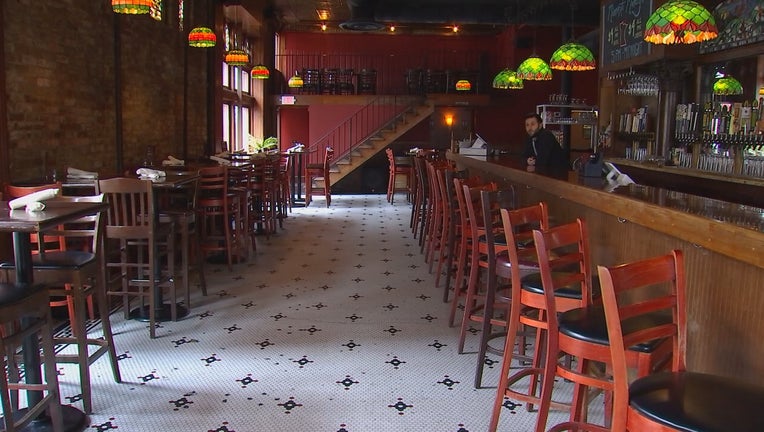 ST. PAUL, Minn. (FOX 9) - The pressure is building in Minnesota to reopen the state’s economy, and while the Governor has said he wants that too, it might not be happening as quickly as some would like.

There are many opinions about when and how this should happen, but one thing is clear, voices to reopen the state are growing louder.

The pressure is building in Minnesota to reopen the state’s economy, and while the Governor has said he wants that too, it might not be happening as quickly as some would like.

“It’s really a forum for people who are very frustrated by having had a stay-at-home for so long,” said David Strom, an activist with Reopen Minnesota.

Strom started the page Monday and already thousands have joined in the conversation.

“All of them are united by a desire to see government and Gov. Walz move more quickly and more compassionately to deal with people who are hurting,” Strom said.

He said it’s about finding ways to loosen up some of the restrictions while still keeping people safe.

“What people want to hear is what can I do to reduce the spread and without sacrificing everything,” Strom added.

Another group that organized on Facebook, called Liberate Minnesota, has planned a protest this Friday outside of the Governor’s Mansion.

“I believe that Minnesotans can make the decision if they want to go back to work tomorrow and if businesses want to reopen tomorrow, that’s on us,” said Michele Even, the protest’s organizer.

On a press call Wednesday, Gov. Walz stressed social distancing to stop the spread of COVID-19 in making a difference.

“What we’re doing is working and when I say, ‘we’, I mean all of us social distancing has bent the curve,” he said.

Walz added that it’s about building a bridge to the next phrase and getting people back to work.

“We cannot lose all that we’ve gained,” Walz said. “This state is in a position where we’re saving lives and we can do it as well as anybody and we’ve proven that.”

The protest will happen from noon to 3 p.m. in St. Paul Friday. Organizers of the event say they’ll leave it up to those attending on making the best decisions for themselves and their health.

Meanwhile, the Minnesota Senate Republican Caucus launched a new website today to get ideas from the public on how to best allow businesses to reopen.

“The website is simply a place for businesses to go to submit their ideas of how they can get back to work and the best practices til we get this COVID issue completely behind us,” said Sen. Roger Chamberlain.

Chamberlain says the “Open Up Minnesota” page is not meant to be political, but another tool to hear from constituents.

The Senator says the page will be up as long as needed and the ideas will be brought to the Governor.