RICE, Minn. (FOX 9) - At 14, Sophie Wieland could capture an audience, whether with the violin or playing hockey, soccer, or running cross country, she was smart and did well in school. She was even on student council. And her smile made others smile.

"I think It was just her kindness and her being nice and inclusive to everybody and everything she did," said Aimee Wieland, Sophie’s mom.

On July 12 of this year – at just 14 years old -- Sophie Wieland took her own life. She left behind a letter that tried to explain why.

And Sophie had big plans.

"She took her driver’s ed. she was looking forward to getting her permit, to getting her license," Aimee said. "She decided she wanted to go to MIT going into ninth grade, and she was going to be an aerospace engineer."

But even with all of that, Sophie was struggling. On July 12 of this year – at just 14 years old --  Sophie took her own life. She left behind a letter that tried to explain why.

"It wasn’t until after the fact that we found out that she said she had been suffering for about three years with issues with herself and her self-esteem and stuff," Aimee said.

In three years, Sophie never told her family, or a coach, or any of her friends she was hurting.  She wasn’t withdrawn; She had fun and seemed genuinely happy, and her parents say they talked with her, checked in and asked questions.

"Still it didn’t seem to like, never was brought up in a conversation that she was struggling or anything," Aimee said.

"And she always denied, you know, having problems. She always said everything was fine," Sophie’s dad Henry Wieland added.

Now, with her two older siblings at college, Sophie’s parents are alone trying to make sense of it all.

"She was our baby, and we were supposed to have at least four more years with her before she was to go off to school, and now we have an empty house," Aimee said.

But through their unbearable pain has been some amazing support. It started with sticks out for Sophie.

"People were putting sticks out all over the United States, Alaska, Boston, California, Florida and then just people that we don’t know too, just reaching out to show support and sharing the impact she just had on everybody," Aimee said. 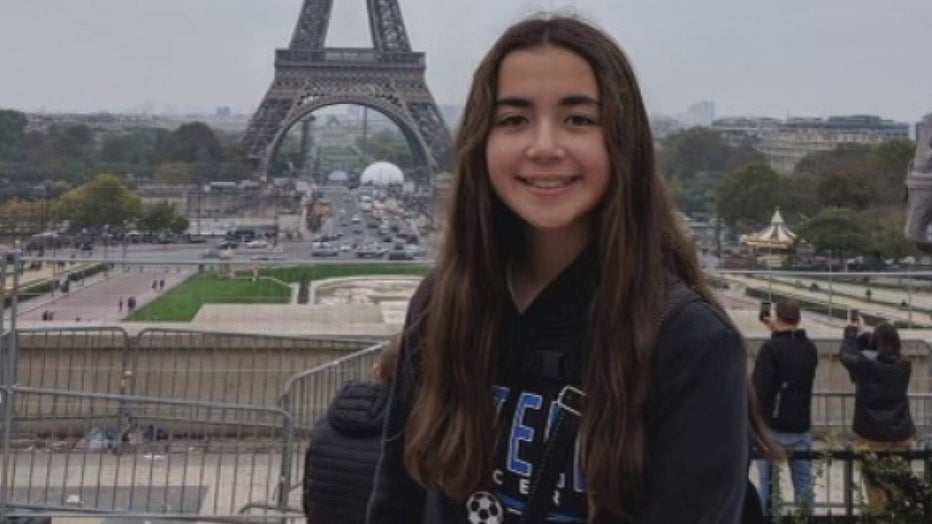 Aimee and Henry Wieland continue to grieve their 14-year-old daughter Sophie, who took her own life last July. (Supplied)

There have also been numerous games played in her honor and to raise money for suicide awareness, a lemonade stand, and others who walked a marathon.  And now a non-profit start up called "Sophie's Squad." The Wielands hope by sharing their heartbreak, it gets the conversation going, that it gets kids talking about their thoughts and feelings.

"Everybody has problems they need to find somebody they can talk to," Henry said.

The Wielands do think the pandemic played a part. They point out the amount of alone kids had during the school year and over the summer, making their message more important now than ever when it seems so many children are still struggling.

"We just hope that this would never happen to anybody else because I couldn’t wish this on anybody to live through this," Aimee said.

If you or someone you know is in suicidal crisis or emotional distress, call the National Suicide Lifeline at 800-273-8255. The service is 24/7 and is toll free.