Mel Reeves, a familiar face and voice in the racial justice movement, passed away from complications related to COVID-19. He wrote his last newspaper story in the Minnesota Spokesman-Recorder from his hospital bed, where he encouraged others to get vaccinated.

MINNEAPOLIS (FOX 9) - Community members are mourning the death of longtime activist and local newspaper reporter Mel Reeves Thursday. He died at the age of 64 from complications related to COVID-19, according to those close to him.

Tracey Williams-Dillard, publisher and CEO of the Minnesota Spokesman-Recorder, reminisced fondly about her dear friend and colleague, Mel Reeves.

"I’m going to miss arguing with him because we were always going at it," Williams-Dillard said. "My first thought is Mel is an activist. That’s what he is. But then he’s also a journalist."

"He was just so strong in his belief that that’s what I am really going to miss because when you run into a journalist and an activist trying to do both, but having a strong conviction on both, you get the best of two worlds."

Williams-Dillard telling FOX 9 that Reeves often challenged her on issues of racial and social justice. His opinions and advocacy spelled out for readers of the Black-owned community newspaper for years. 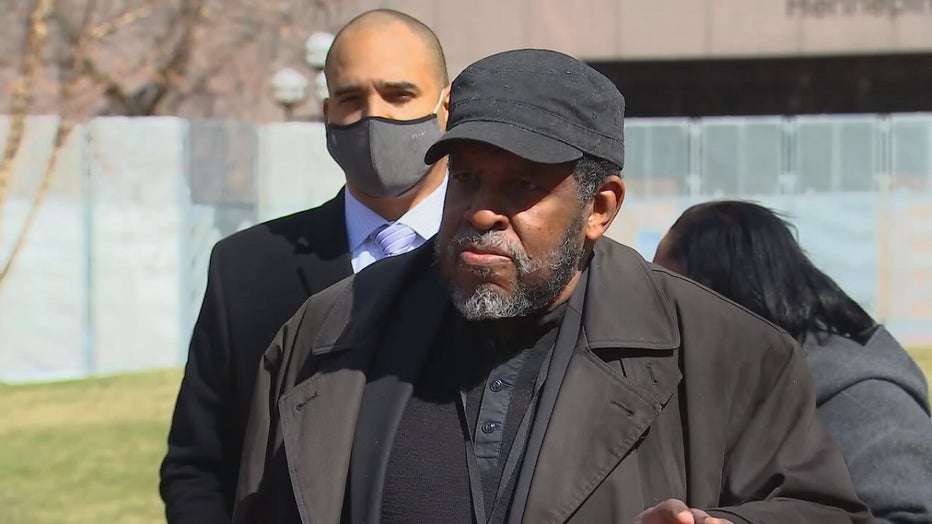 On Thursday, his office in south Minneapolis sat quiet and empty. But in life, Reeves would not remain quiet in the face of racism, social injustice and police brutality. A constant presence at protests, Reeves believed and fought for a more equal society.

In recent weeks, Reeves had taken to social media to update his readers and the community about his battle with COVID-19 and the pneumonia that followed.

He wrote his final article for the Spokesman-Recorder from his hospital bed at Hennepin County Medical Center, where he urged the skeptical to get vaccinated.

Reeves passed away overnight. Williams-Dillard recalls their final conversation just days ago, "He said, ‘I love you and that I love the paper. And I’ll do anything for that paper’ and he did, he really loved this paper. He believed in what it did. He believed in his activism, but he also knew the importance of this paper being the voice for the community. And he stood strong and solid on that."

UPDATE: Services have been announced to honor Reeves, including a community viewing from 3-7 p.m. Wednesday, January 12 at Estes Funeral Chapel and the Celebration of Life service at 4 p.m. Thursday, January 13 at Shiloh Temple International Ministries. A GoFundMe has been set up to pay for his funeral arrangements.

Longtime activist and local newspaper reporter Mel Reeves died at the age of 64 on January 6. Services have been set up to honor Reeves, including a community viewing from 3-7 p.m. Wednesday, January 12 at Estes Funeral Chapel and the Celebration of Life service at 4 p.m. Thursday, January 13 at Shiloh Temple International Ministries.