It sat vacant for decades. Now an old building on West Broadway in north Minneapolis is serving a new purpose. The redevelopment of the 927 building is a collaborative effort, focused on expanding Black ownership opportunities on the northside.

MINNEAPOLIS (FOX 9) - It sat vacant for decades. Now an old building on West Broadway in north Minneapolis is serving a new purpose.

The redevelopment of the 927 building is a collaborative effort, focused on expanding Black ownership opportunities on the northside.

It's been a fixture in north Minneapolis business district for 130 years. Vacant for decades, the 927 building is back. Calvin Littlejohn is the CEO of Tri-Construction.  The building houses their new headquarters, it's one of only a few African American-owned construction companies in the state.

"I think Tri-Construction, what we’re directly trying to impact in this community is jobs," said Littlejohn.

The building, the renovated office and retail space are a collaborative effort that Littlejohn says began with a conversation more than five years ago.

The Jay and Rose Phillips Family Foundation of Minnesota is a grantmaker. The organization has worked toward addressing social inequities in the community for nearly 80 years. They are headquartered at the 927 Building too. 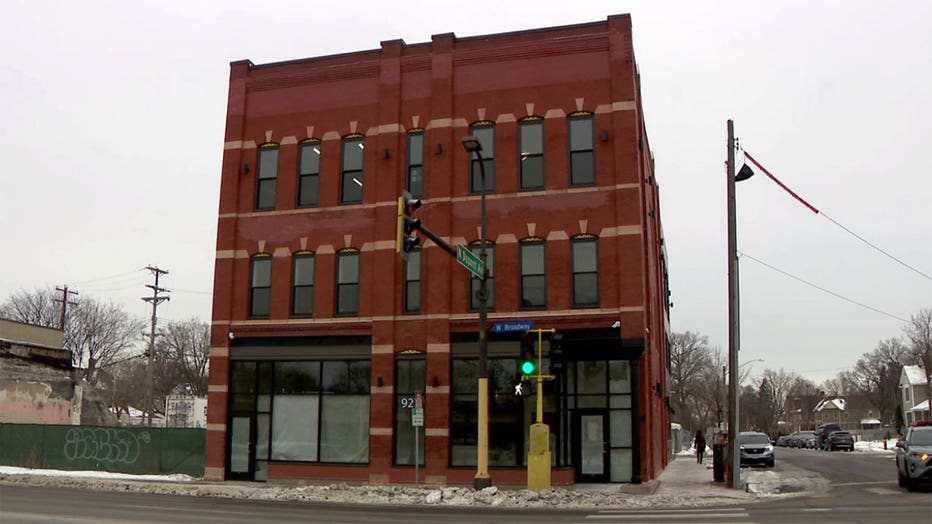 "We believe in the future of the northside," said Joel Luedtke,  program director for the Phillips Family Foundation of Minnesota.

Luedtke says that the Phillips Family Foundation contributed millions to purchase the building. The plan is for Tri-Construction to eventually become the sole owner.

"Beyond this building, what we really hope for is a renaissance on the northside.  We would not have done a project of this scale if we didn’t believe there was the potential up and down Broadway," said Luedtke.

It's a partnership, a new path and vision for the future.

"The enrichment, and the empowerment and the inclusion and changing the narrative of what takes place within north Minneapolis and changing what it looks like to empower, to truly invest and empower a community," said Littlejohn.

The building, which is located on West Broadway and Dupont has three floors and a rooftop. Littlejohn says that it is 100% leased out. Tri-Construction is looking to buy out the Phillips Family Foundation's equity interest over the next ten years.