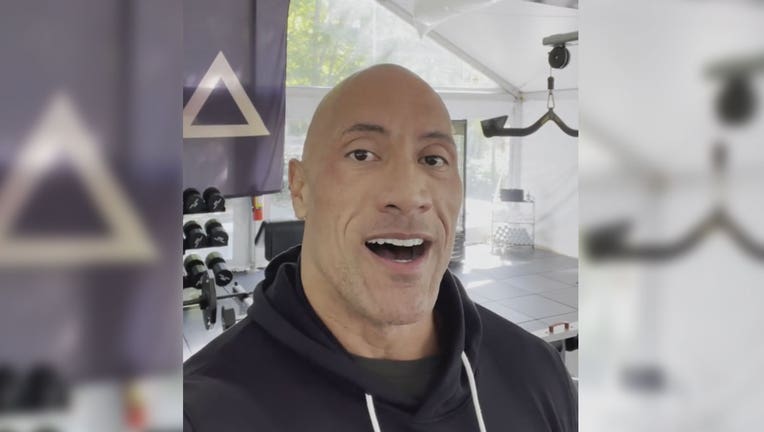 The Rock delivers a video message for a Red Wing woman battling cancer.

(FOX 9) - Dwayne "The Rock" Johnson sent a personalized video message to a woman in Red Wing who has been battling stage four lung cancer.

Christy Rikli is a big fan of the Hollywood actor and she turns 50 years old Saturday. She has been battling cancer for just over a year now.

The Rock sent a personalized video message to a woman in Red Wing who has been battling stage four lung cancer.

Her friends thought it would be fun to send Johnson a letter about Christy, never imagining they would get back a more than 2-minute, personalized video from "The Rock" himself.

He encouraged her to keep fighting and moving forward.

"You are such an inspiration to everyone around you and now including myself," Johnson said in the video.

Rikli’s friend Heather wrote the letter and sent the picture to "The Rock" and his team to make it all happen.

"The Rock" even printed that picture out and included it in the video, saying he wishes her the best with her treatment.