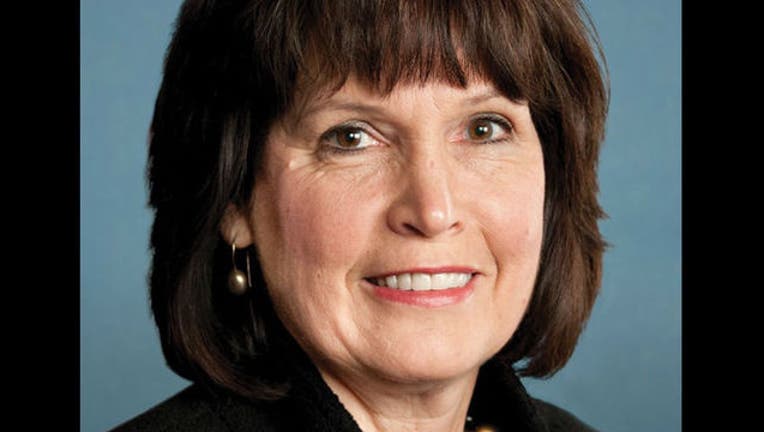 Here's McCollum's award-winning recipe (read all the other recipes here):

Brown ground turkey in pan with salt and pepper, set aside.

Add kale leaves and 1 cup water to large saucepan and cover, stirring occasionally. Do this until water has evaporated and kale is wilted. Remove from saucepan and set aside.

On medium-high heat, add mushrooms, onions and 2 tablespoons of olive oil to saucepan. Do not stir and let mushrooms brown and begin to caramelize. After about 5-6 minutes, stir mixture, add salt and pepper to taste, and allow to sit for another 5-6 minutes.

Add milk, cream, and chicken stock to the pan. Reduce heat, and cover, stirring occasionally until mixture thickens and reduces into a sauce. Add flour to thicken if necessary.

In 9X9 baking dish, combine the sauce from your pan, the wild rice and the ground turkey. Top with a single layer of sweet potato tots. Bake until tots begin to brown slightly on top, about 35 minutes.

But the best quote of the competition comes from Rep. Tim Walz, who had repeated as champion in 2013 and '14 before being defeated by McCollum this year.

"Well, like the ‘98 Minnesota Vikings, we came up just short of glory," Walz said in a statement. "In all seriousness though, I congratulate Rep. McCollum for a well-deserved victory and thank Sen. Franken again for putting on this friendly competition. It's a great way for us to come together and celebrate our heritage, while building bipartisan relationships."