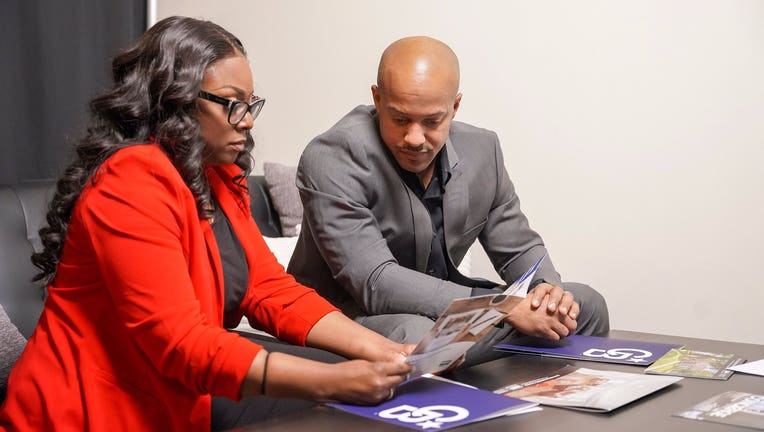 Shona Jackson and Malik Davis created the Rondo Realty Group to help continue the legacy of the destroyed neighborhood.

ST. PAUL, Minn. (FOX 9) - Shona Jackson and Malik Davis were born and raised in the historic Rondo Neighborhood in St. Paul – a once vibrant community, scarred by the construction of I-94 in the late ‘60s.

"The Rondo community was a historically Black community that had homeowners and businesses and the freeway uprooted those families, they were displaced," said Davis.

While the Rondo Commemorative Plaza is a nod to the past, Davis and Jackson have their sights set on the future.

"What we want to do is continue the legacy of Rondo," said Davis.

The two realtors are partnering to create the Rondo Realty Group.

"We just want to educate the masses and let them know that homeownership is obtainable for anyone," said Jackson.

Through programs and other resources, Jackson and Davis say that they are also working to help bridge the homeownership gap.

"Our ultimate goal is to educate and help our clients, so that they know what they need to do to build generational wealth through real estate," said Jackson.

Jackson and Davis say today the Rondo neighborhood remains a resilient community and despite the past, continues to show signs of growth.

"Anyone that's from this neighborhood, still has a lot of pride in it," said Jackson.