"Our ethical obligations, one of the most basic ones, is that you may not lie to the court, period. And that is what happened in this case," Hennepin County Attorney Mary Moriarty said.

MINNEAPOLIS (FOX 9) - The Hennepin County Attorney’s Office was forced to dismiss a first-degree criminal sexual conduct case because of prosecutorial misconduct after a veteran prosecutor lied to a judge during the trial.

"Our ethical obligations, one of the most basic ones, is that you may not lie to the court, period. And that's what happened in this case," explained newly sworn-in Hennepin County Attorney Mary Moriarty.

Marco Tulio Rivera Enamorado, 35, was charged with first-degree criminal sexual contact but Moriarty dismissed the charge because senior Hennepin County prosecutor Catherine McEnroe admitted to lying during his trial last week. McEnroe is now the subject of a personnel investigation, and the case against Enamorado cannot be refiled.

Hennepin County Attorney Mary Moriarty held a news conference on Jan. 9 to discuss a recent criminal sexual case that was dismissed amid allegations a prosecutor lied to the court during the trial. The prosecutor is currently on leave, and the defendant in the case has been freed. The prosecutor is now under investigation.

Enamorado told FOX 9’s Paul Blume on his way out of the courthouse Monday, "I'm free. I got my freedom, you know."

Enamorado, who was locked up in the Hennepin County jail for more than nine months since his arrest on the sex charges involving a teenage family member, added he was thankful for the outcome, telling Blume, "Hell yeah, I am innocent."

"The public rightly holds us to the highest expectations, and this conduct is an extraordinary breach of the public trust," explained Moriarty at a news conference shortly after the case was dismissed. Moriarty outlined the lying and attempted coverup from McEnroe during Enamorado's trial late last week.

"She lied directly to the court," Moriarty said.

According to court testimony Judge Peter Cahill ordered, the alleged 17-year-old victim was on the witness stand. Her mother, a separate witness in the case, was sitting in the courtroom gallery next to a Hennepin County Attorney’s Office Victim Support Advocate. Cahill acknowledged it was a delicate moment as trial witnesses are typically not allowed to observe others’ testimony. Judge Cahill allowed the mother to be there for support, but Cahill told the state he wanted it handled with care.

Sometime during this critical testimony though, the advocate, Travis Sigafoos, wrote a note and passed it to McEnroe. It was a reminder to establish venue with the victim, meaning the crime had occurred in Hennepin County. 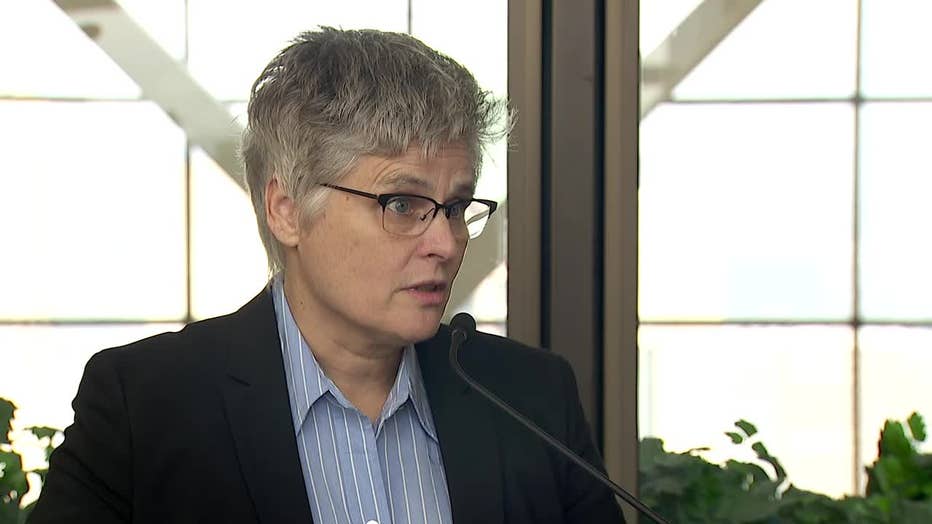 Cahill told Sigafoos he absolutely overstepped his role and in so doing, created horrible optics in front of the jury. That is because the defense had argued, the mother was responsible for fabricating the allegations against Enamorado. So it may have appeared to some that the prosecution was coaching up a witness or taking orders from the mom.

And while Cahill acknowledged the note in-and-of itself was bad, it was McEnroe’s response to it that doomed the case.

When asked by the court about the contents of the note later, McEnroe claimed it was a reminder from Sigafoos on how to pronounce the victim’s name. And she made him scribble out a second note she showed Cahill — a name pronouncer in which she underlined and circled the pronunciation for apparent emphasis.

But soon after the events unfolded in court, Sigafoos came clean to his superiors, and the Hennepin County Attorney’s Office reported the matter to Cahill. The judge dismissed the case Monday morning and soon after Moriarty announced McEnroe is now the subject of a personnel investigation.

"This conduct falls well below the most basic expectations of professional conduct," said Moriarty. "I pledged during the campaign that we would be transparent in our decisions and approach to seeking justice, and that is what we are providing today."

Added Moriarty, "Our ethical obligations, one of the most basic ones, is that you may not lie to the court, period. And that is what happened in this case."

Moriarity told reporters the young woman who testified was "incredibly courageous," and Moriarty is disappointed that the office cannot go forward with the case and try to provide her some form of justice. The case cannot be refiled because of Enamorado's constitutional double-jeopardy rights.