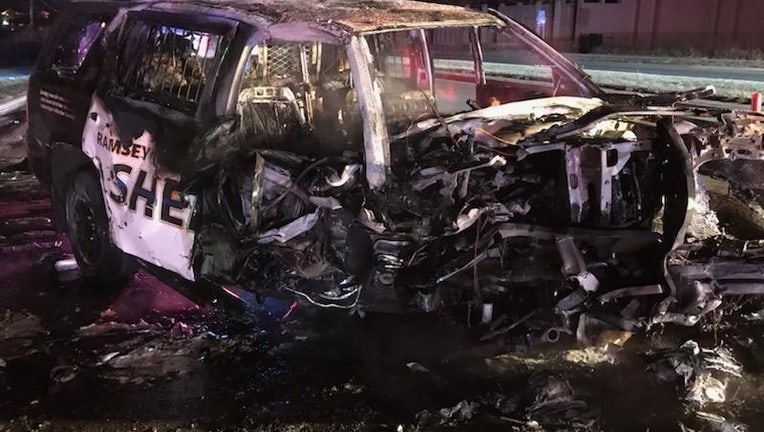 According to the Ramsey County Sheriff's Office, deputies were looking for a suspect in a stolen vehicle in the area of Hwy 96 and 10. But, as a deputy responded to the area, his squad was hit by the suspect's vehicle on the off-ramp. The impact of the crash caused the deputy's squad to spin, hit another vehicle, and catch fire.

According to the Ramsey County Deputies' Federation, a deputy suffered serious injuries in the crash, including a bruised lung, fractured ribs and a possible head injury. The union states the deputy's squad was hit broadside by a fleeing stolen vehicle.

Deputies say the suspect, who was also transported to the hospital, was wanted on a warrant for fleeing police in a motor vehicle and has a "lengthy criminal history."

Minnesota State Patrol was on scene for crash reconstruction.