Controversy rocked the Minnesota GOP this summer when top donor Tony Lazzaro was arrested on child sex trafficking charges. Then came allegations from within the party that harassment and verbal abuse were common. Chairwoman Jennifer Carnahan denied knowledge -- but was forced out in August.

(FOX 9) - Controversy rocked the Minnesota GOP this summer when top donor Tony Lazzaro was arrested on child sex trafficking charges. Then came allegations from within the party that harassment and verbal abuse were common. Chairwoman Jennifer Carnahan denied knowledge -- but was forced out in August.

FOX 9’s Theo Keith sat down with Hann to talk about the party's plans for 2022 and how he'll rebuild the party after the forced resignation of Carnahan.

"It’s certainly never good when you have a party chair who leaves in the middle of a term for reasons that are controversial -- which in this case, I think that’s fair to say. So that’s always a disruption," Hann said. "But the party itself is very optimistic and very strong, and that’s one thing I discovered while campaigning for the leadership role."

Theo Keith: Republicans haven't won statewide in a decade and a half. To do it, they'll need enthusiasm -- and money. It's the party chair's job to raise that money. What is your plan to turn around the party’s finances?

David Hann: When you have a disruption and a turnover in leadership, there’s always a little bit of wait and see what’s going to happen. But I’m a known entity to the donors. They know who I am. They know how I operate. So we’re going to rebuild the confidence and trust in donors. We are not broke. We do not have debt.

TK: In 2020, Republicans lost an election many in the base still say was stolen -- despite no evidence of widespread voter fraud. Do you believe it was stolen?

DH: Well I don’t think there’s any question that Joe Biden carried Minnesota. There are concerns about election integrity, but I think those are concerns that are broadly shared and should be a concern to everybody, Republican or Democrat.

TK: What is the winning message for Republicans, do you think?

HP: Well a lot of that will be defined by the candidates. 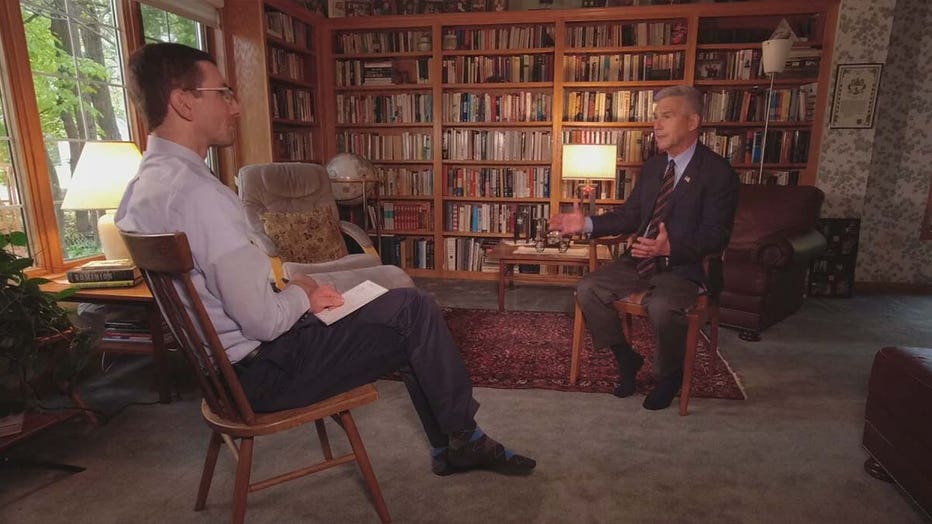 Though he wants GOP candidates to abide by the party endorsement process -- as is Republicans' tradition -- Hann said the candidates, not the party chair, should be the focus in 2022.

When FOX 9’s Theo Keith asked about his reserved style -- he gave an answer about the role of reason in politics.

"I think to the extent that we can emphasize that and hopefully get candidates and voters to not only be stirred by their passion, but also be thinking about what the objectives are about government, what the objectives are of the candidates who are seeking those positions, and to be thoughtful about their choices," Hann said. "I think we can certainly be part of that discussion – and hope to be."