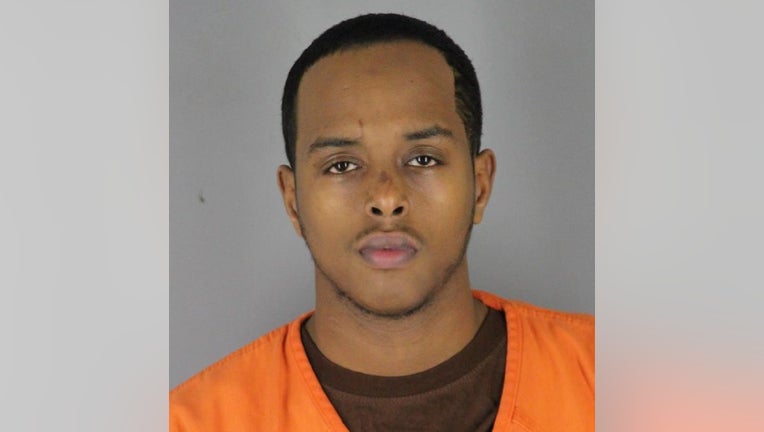 Abdirahman Farah is accused of shooting two men over an argument about a woman.

MINNEAPOLIS (FOX 9) - A grand jury has handed up charges against a Plymouth man arrested for a double shooting in south Minneapolis' Seward neighborhood that left one man dead in October.

Officers were called to the 2300 block of East Franklin Avenue just before 6:30 p.m. on October 2. Police found two men who had been shot, one in the chest and the other in the leg.

Both victims were transported to the hospital where the man who had been hit in the chest, 27-year-old Moniir Abdi, died.

Prosecutors say the other victim identified 22-year-old Abdirahman Farah as the shooter. According to investigators, Farah was upset that a woman had been out with both victims that evening and so he went to his car and got a gun.

Police said surveillance video in the area showed Farah speaking with the two victims and a woman. During the confrontation, prosecutors said it appeared Abdi tried to defuse the situation. However, the video showed Farah go to his car and open fire before getting inside the vehicle again and leaving the scene.

Prosecutors say police later learned Farah was attempting to leave the country but officials were able to apprehend him at an airport in Connecticut.

Thursday, he was indicted by a grand jury on charges of first-degree murder, second-degree intentional murder, attempted murder, and assault.

Farah is being held on $2 million bail in Hennepin County Jail.