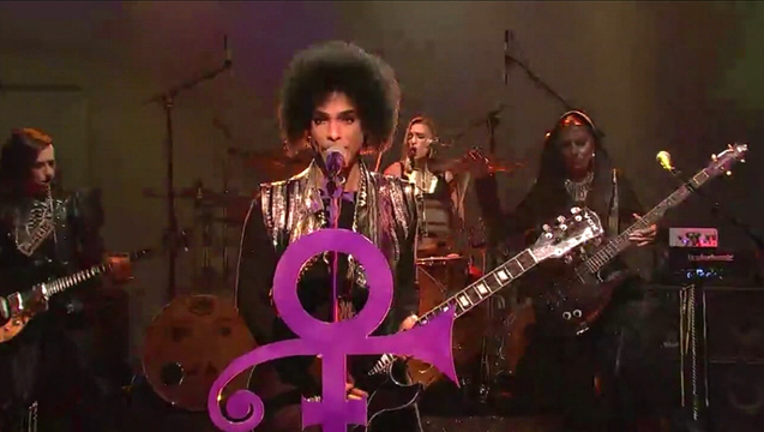 MINNEAPOLIS (AP) -- Two sisters and heirs of the late rock superstar Prince said Wednesday they're angered that the contents of his vault, including master tapes of unreleased music, have been removed from his Paisley Park studio complex and shipped to California.

Sharon and Norrine Nelson, Prince's half-sisters, told The Associated Press they are prepared to take legal action to bring the music back to Minnesota. The company running the estate, Comerica Bank & Trust, said the recordings are safe at a reputable storage company in Los Angeles.

"We want the music back home in Paisley Park where it belongs," Sharon Nelson said.

The recordings are regarded as among the most valuable pieces of an estate that court papers have suggested is worth around $200 million.

Sharon Nelson said she was told Sept. 29 by a "Paisley Park representative," whom she wouldn't identify, that around four trucks pulled up to the studio-turned-museum in the Minneapolis suburb of Chanhassen in early September and removed the contents of the vault.

"It's just as though Prince passed away again," she said. "That's how I felt. I was really devastated by that."

Norrine Nelson said the music had been safe in Minnesota for more than 40 years and would be again if it's returned.

The sisters said Comerica, which is serving as the personal representative, or executor, of Prince's estate, hasn't told them exactly where the music was taken or why. They said they believe Comerica was obligated to notify them and give them a say under orders earlier this year by Carver County District Judge Kevin Eide, who is overseeing the estate case.

Comerica defended its decision in a statement.

"In an effort to ensure the preservation of Prince's audio and visual content, Comerica selected the premier entertainment storage and archive company, Iron Mountain Entertainment Services," the statement said. "On four separate occasions, Comerica discussed the process with the heirs and any suggestion otherwise is not accurate."

Prince left no will when he died in April 2016 of an accidental overdose of painkillers. The judge this May declared Prince's six surviving siblings his heirs, but they've split into two camps during the legal wrangling. Sharon and Norrine Nelson and their brother, John R. Nelson, are on one side and Prince's full sister, Tyka Nelson, and his half-brothers Omarr Baker and Alfred Jackson on the other. An attorney for Tyka Nelson and Baker did not immediately return a call seeking comment.

Eide's orders putting Comerica in charge give the company considerable authority over how to run the estate and exploit its assets to benefit the heirs, and don't require it to notify or seek approval from them for routine matters. But one order does require Comerica to give them 14 business days of notice before entering into transactions worth more than $2 million to give them a chance to object. The sisters said they believe that language should apply to such a major step as moving the music out of Prince's vault.

If the reason for moving the tapes was to put them closer to the recording industry to prepare for more releases of Prince music, the sisters said there was no need. They pointed out that Prince's studios at Paisley Park remain state-of-the art.

But Comerica said the recordings are safer with Iron Mountain.

"After reviewing the storage conditions at Paisley Park and out of concern regarding the consequences of a fire or other loss at the facility, Comerica determined that it was necessary to transfer the audio and visual content to a secure location where all of the original content could be securely stored and digitized as a safeguard against the destruction or loss of any original content," the company said.