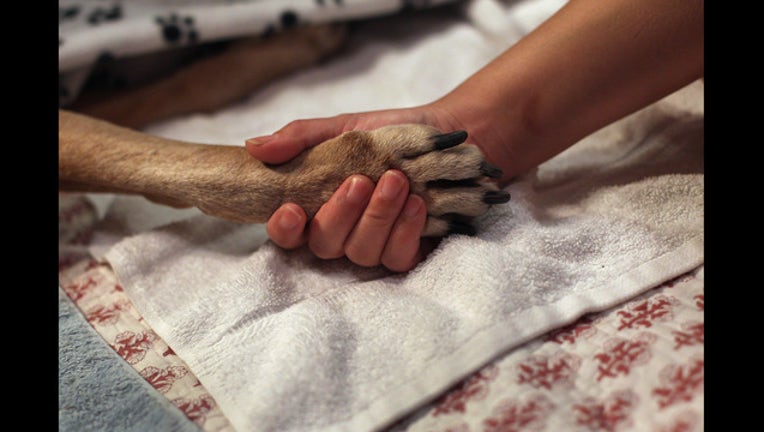 NEW YORK, NY - MAY 09: Tomo McLoyd holds the paw of her dog Rocky, 14, as veterinarian Wendy McCulloch euthanizes the pet at their apartment on May 9, 2012 in New York City. (Photo by John Moore/Getty Images)

RICE LAKE, Minn. (KMSP) - The St. Louis County Sheriff's Office is investigating several reports of dogs apparently being poisoned and in some cases even dying under suspicious circumstances.

Authorities have received several reports of possible dog poisonings in the City of Rice Lake, Minn. over the last month. They say owners have noticed their dogs becoming sick without a clear reason. At least two owners found their dogs dead.

So far, police have not found a connection between the reported incidents.

Authorities are asking pet owners to keep their dogs nearby and to report anything suspicious.

Anyone with information is asked to contact the Sheriff's Office Criminal Investigation Division in Duluth at (218)336-4350.