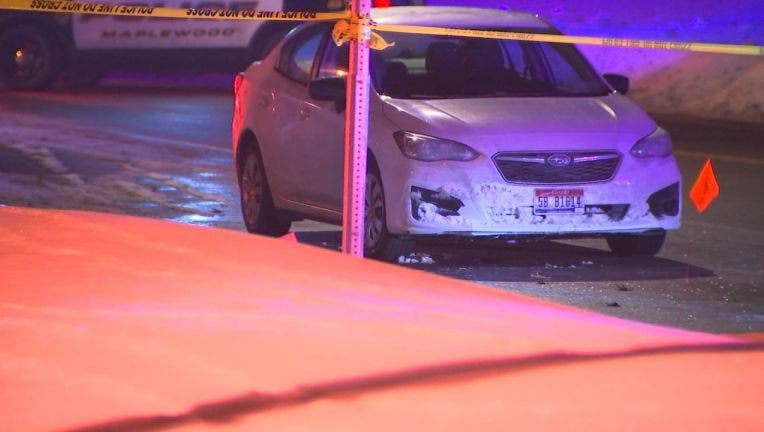 A woman is dead after police believe she was struck by a car in Maplewood, Minnesota following a possible dispute. (FOX 9)

MAPLEWOOD, Minn. (FOX 9) - Maplewood police are trying to track down a possible witness to a deadly pedestrian crash that happened early on December 23.

Around 12:43 a.m., a 28-year-old woman died in the crash near Londin Lane near Crestview Drive South. Official believe a dispute happened before the incident. Police arrested a 21-year-old woman in connection to the crash.

Police believe a driver that was headed eastbound on Londin Lane around 12:48 a.m. may have seen the crash or part of the incident happen.