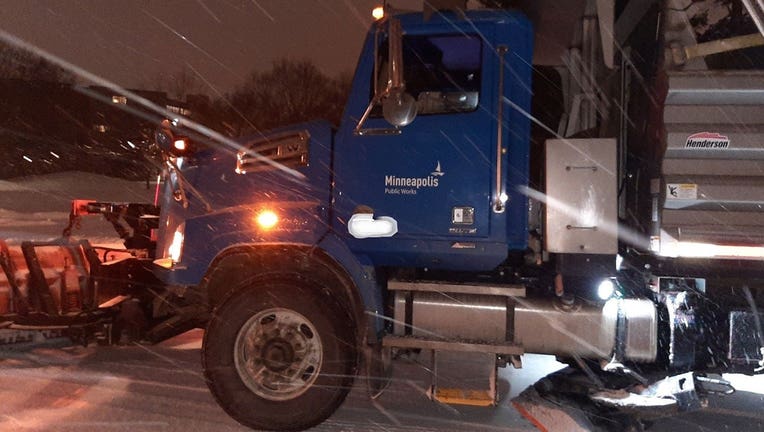 Photo of the plow involved from police

MINNEAPOLIS (FOX 9) - Shots were fired on Sunday after a Minneapolis city plow was involved in a crash on Sunday, police say.

According to the police department, officers responded for a ShotSpotter activation in the area of 43rd and Fremont Avenue North shortly before 9 p.m. on Sunday.

While en route, a 911 call came in for a city plow that had been hit by gunfire. 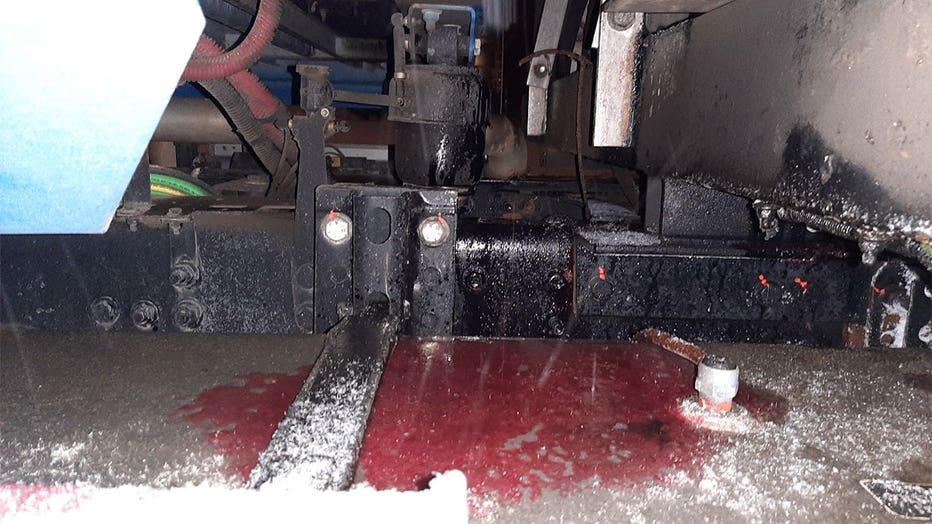 Fluid leaks from the plow after what appears to be a hydraulic line was struck by a bullet.

At the scene, officers learned that a plow pulled off to the side of the road had been hit by a passing vehicle.

After the crash, the people in the passing vehicle got out and started yelling at the plow driver. As the plow driver called 911, police say shots were fired from the other vehicle as it drove away. On the plow truck, officers found damage from bullets. 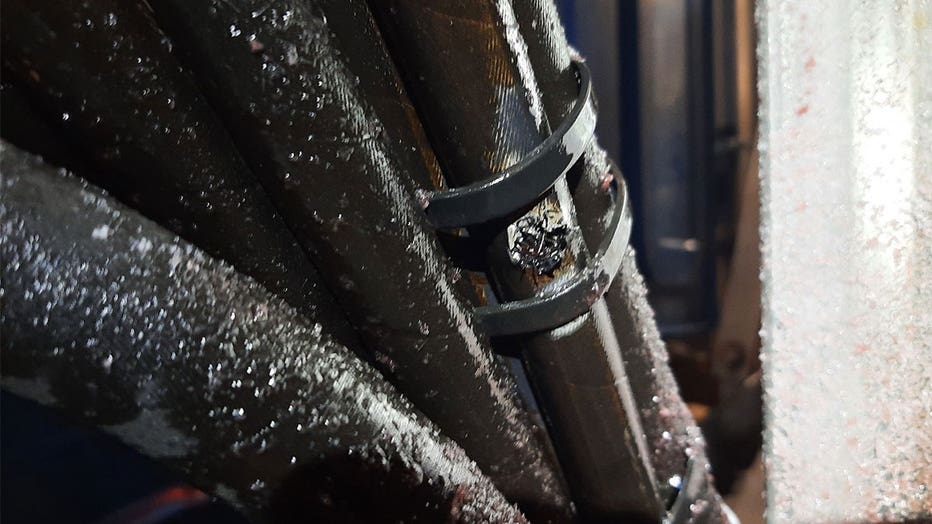 Police say the plow driver wasn't hurt. The incident is under investigation.

The Minneapolis Police Department is asking anyone with information on the incident to contact CrimeStoppers at 1-800-222-TIPS (8477).