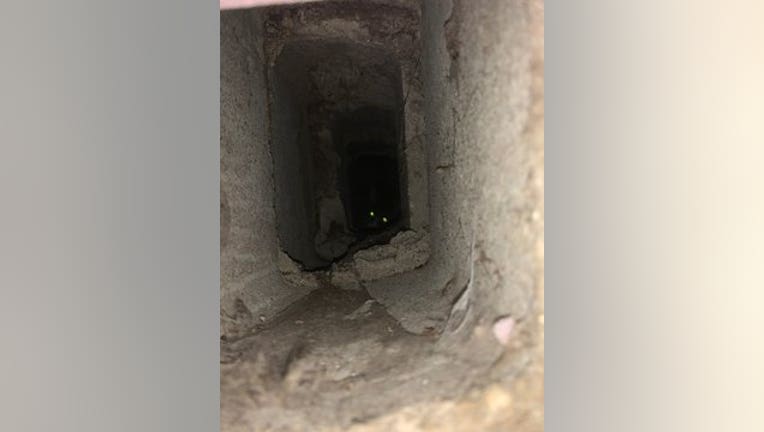 A cat fell into a cinder block at a home in Bloomington, Minnesota Wednesday. (Bloomington Police Department / FOX 9)

BLOOMINGTON, Minn. (FOX 9) - Authorities in Bloomington, Minnesota helped rescue a cat Wednesday that had fallen into a cinder block. 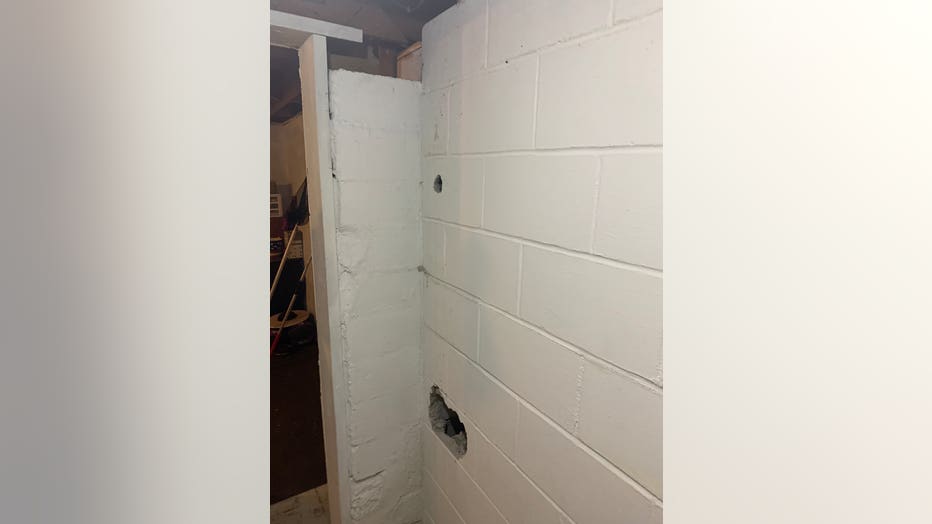 The Bloomington Police Department shared photos of the rescue, which show the cat, Ethica, had climbed into a hole in what appears to be a basement wall and fell down into the cinder blocks. 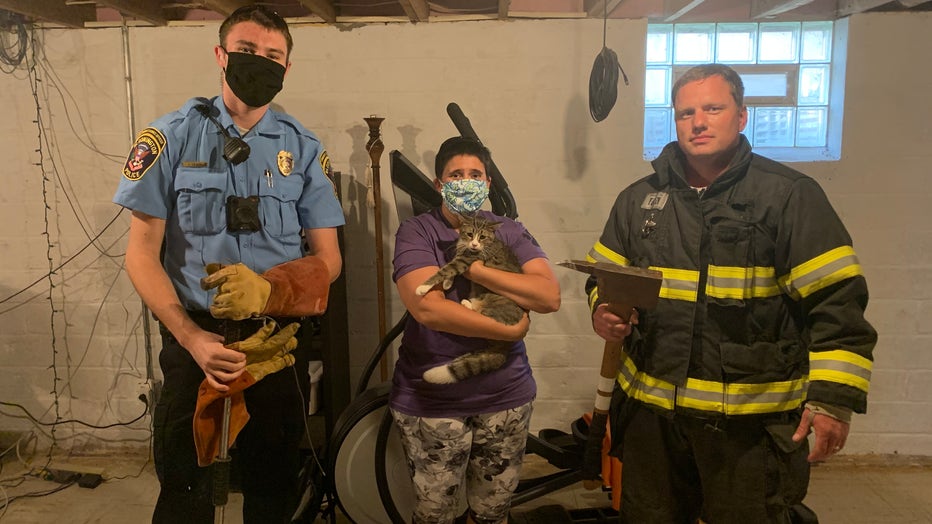 Police said the rescue “wasn’t easy,” but they were able to get Ethica out and reunite her with her family, who had recently adopted her.