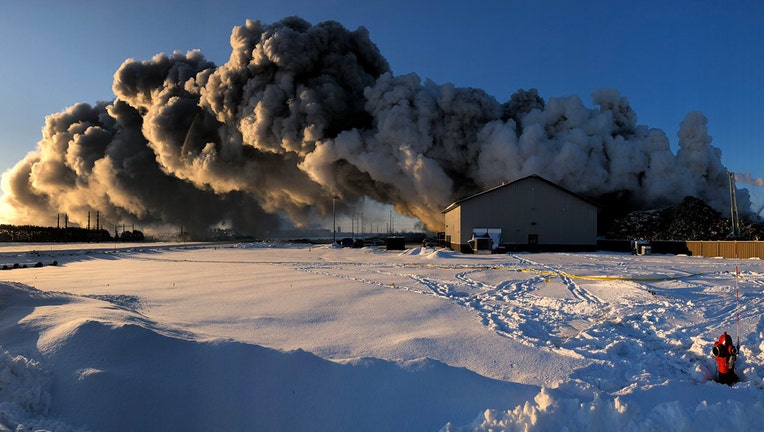 BECKER, Minn. - Police say the fire at the Northern Metals recycling facility in Becker, Minnesota that raged for days has been put out.

In a news release, police say private fire crews that were brought in by Northern Metals were able to put out the flames on Saturday. 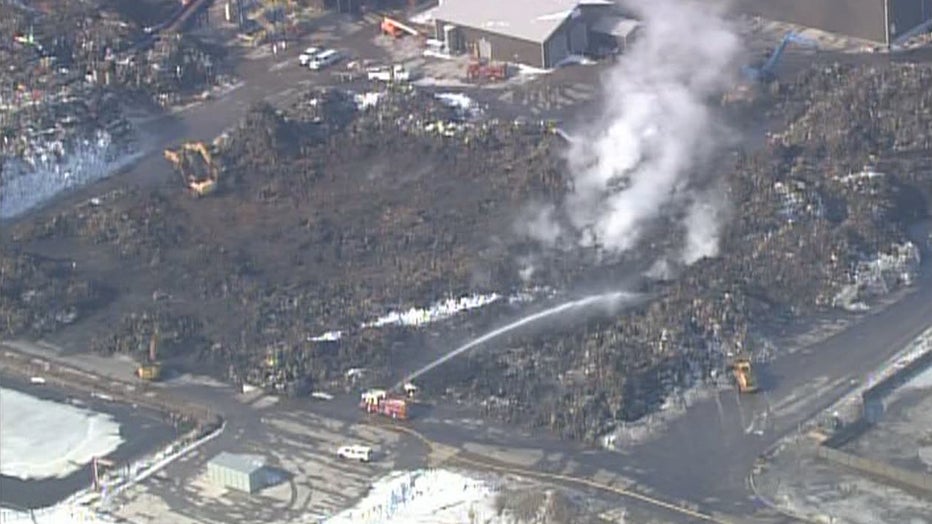 Crews were still spraying water while smoke rose from the pile of cars in Becker, Minn. on Saturday. (FOX 9)

The private crews will remain at the scene until Sunday morning, officers said.

Becker police also announced that a website has been set up that tracks air quality around the facility. Friday, officials said that tests had shown no harmful chemicals in the air near the facility, despite concerns by nearby residents that the material burning in the fire could be dangerous for them.

The fire at the recycling facility broke out Tuesday morning in Becker and burned for five days, with large flames shooting from recycled vehicles piled up at the facility even days later.