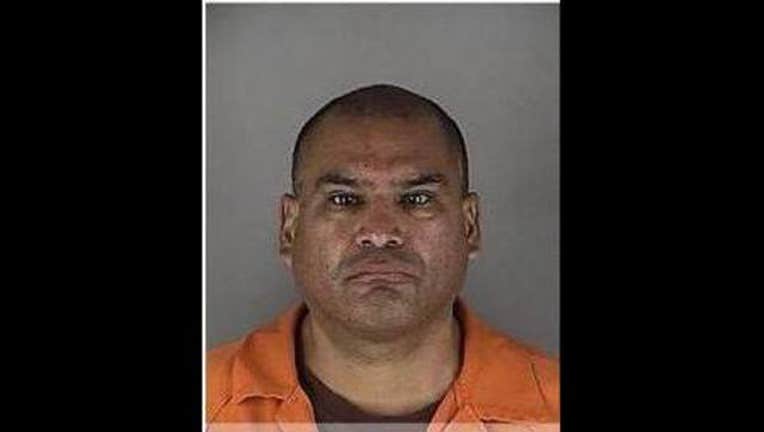 MINNEAPOLIS (KMSP) - Minneapolis Police have found and arrested a man accused of running over his girlfriend with a van and leaving her badly injured in an alley.

Jeffrey Anthony Cruz, 50, has been charged with first degree assault, criminal vehicular operation, gross negligence and leaving the scene of a crash.

Minneapolis police had been searching for Cruz since the attack. He was arrested on Sunday after a resident saw him and called 911.

The crash took place on June 5 around 10:45 a.m. near 23rd Avenue South. Police had been called to the residence twice that day because the couple was arguing about Cruz driving drunk.

A witness captured the hit-and-run on video, which shows the victim standing with her back to the front of the van, in an attempt to stop Cruz from driving away. Cruz accelerated, hitting her and running her over before fleeing the area.

The woman was taken to the hospital, where she received treatment for brain bleeds, a brain injury, left rib fractures, a left collapsed lung, multiple facial fractures, a broken jaw, spinal fractures and a sternum fracture.