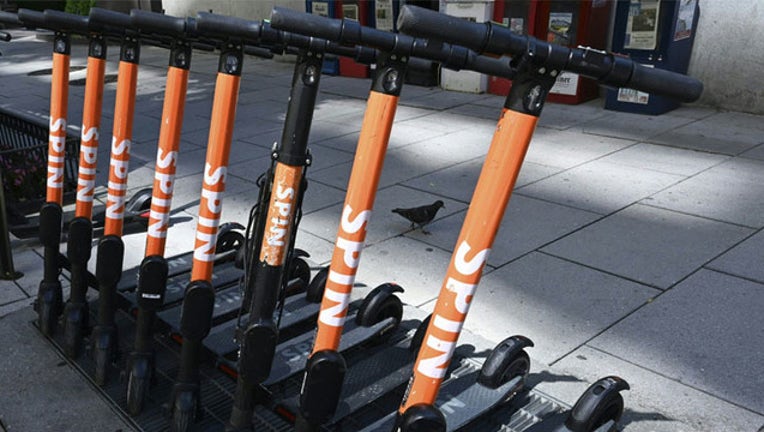 St. Paul Police Department spokesperson Steve Linders said Spin, one of three scooter rental companies operating in the city, reported 49 scooters total were damaged over the course of three days: 10 on June 25, 8 on June 26 and 31 on June 27.

Almost all the scooters were damaged in the same manner—where it appeared they had been picked up and smashed down, Linders said. A few scooters had also had their brake lines cut. The company estimates it will cost up to $1,200 to fix each scooter, depending on the extent of the damage.

Spin told police it was not unusual to have one or two of their scooters damaged every week, but such a large number damaged in such a short period of time and in the same manner led them to believe it was intentional, Linders said.

Police are investigating the vandalism. Linders said they are looking for any surveillance footage that may have captured the incidents.

A spokesperson for Spin said the company’s operations are running in usual in St. Paul and they are deploying new scooters to service demand while they repair the impacted scooters.

“We will continue to train our operations team to remain vigilant of vandalism—and will work with the community to prevent such acts from happening in the first place,” Spin said in a statement.