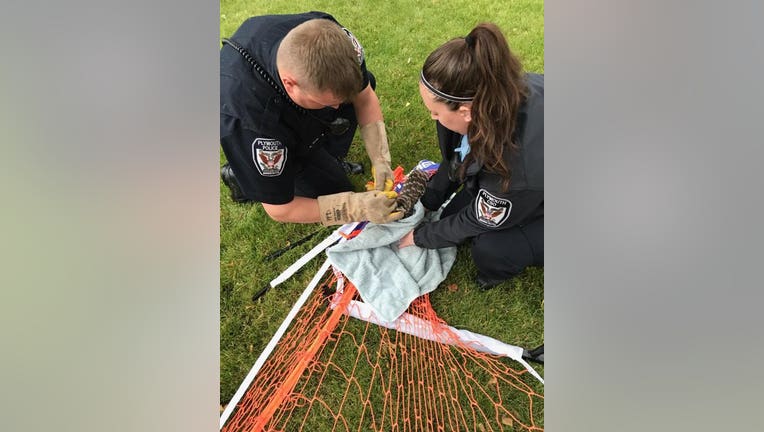 PLYMOUTH, Minn. (FOX 9) - An owl got an assist from some members of the Plymouth Police Department after it got caught in a net, according to Plymouth police.

Friday morning, a resident on the 3800 block of Alvarado Lane reported a barred owl had gotten trapped in a collapsible soccer net. Plymouth Police Officer Anthony Elia and Community Service Officer Jennifer Bailey responded to rescue to the trapped raptor.

An owl got an assist from some members of the Plymouth Police Department after it got caught in a net, according to Plymouth police.

After wrapping the owl in a towel to help keep it calm, the two officers worked together to carefully to cut the bird from the net. The owl was later brought in to the University of Minnesota Raptor Center.

This happened to be the second raptor Plymouth police rescued this week. A hawk was flying around with a cushion strap wrapped around its leg. Police were able to cut off the strap and the hawk flew away.

Officials at the Raptor Center say this time of year they see an increased amount of owls getting trapped in nets.

“They will chase rabbits and things at night and the rabbits can sneak underneath the nets and the owls can't," said Lori Arent of the Raptor Center. "And so the owls will go straight into them and they’ll get entangled. And of course this is at night and they’re struggling all night long to try and get out and then they can really have severe damage to their wings.”

Arent suggests people with soccer nets should do a quick net check in the morning for possible owls, instead of waiting until the afternoons to check field conditions.

If you happen to see a trapped or injured raptor, contact the University of Minnesota Raptor Center. 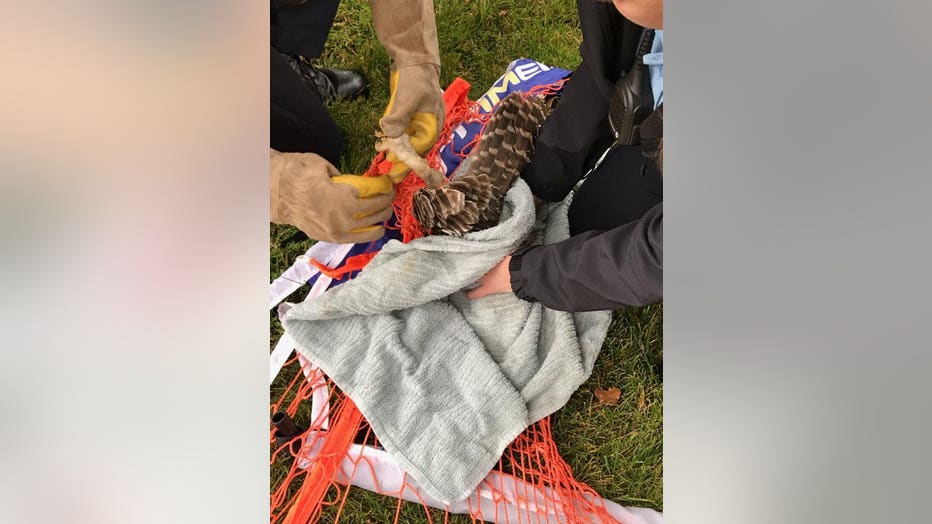