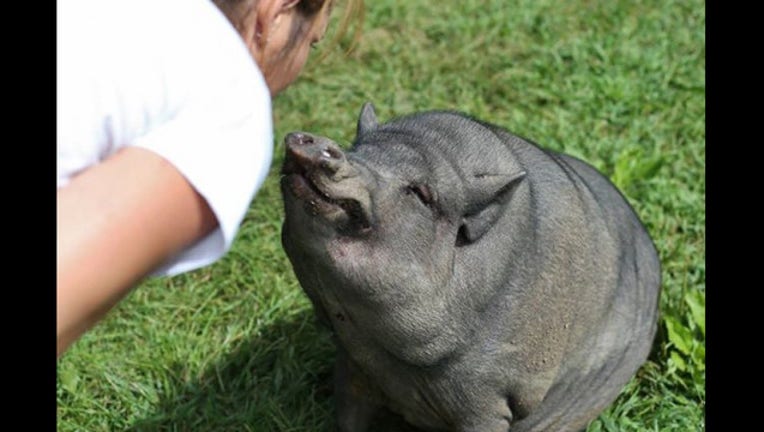 'We've rescued little Nelson (aka Willie), a piglet, earlier this week. Now we are on our way to pick up Wally, another fortunate pig, who also narrowly escaped slaughter by falling off a transport truck.' Photo: SoulSpace Farm Sanctuary

SIOUX FALLS, S.D. (AP) -- A pig that survived falling out of a truck on Interstate 90 in South Dakota just a few miles from a hog processing facility is now being spared from slaughter.

The Argus Leader reports that SoulSpace Farm Sanctuary in New Richmond, Wisconsin, is adopting Wally the pig after no owner claimed him.

The 250-pound pig fell out of the truck on Monday and a motorist reported it to authorities. The animal was taken to a shelter and a veterinarian treated it for road rash.

Andy Oestreich at the Sioux Falls Area Humane Society says with what the pig has been through, it deserves to be spared from the dinner plate.