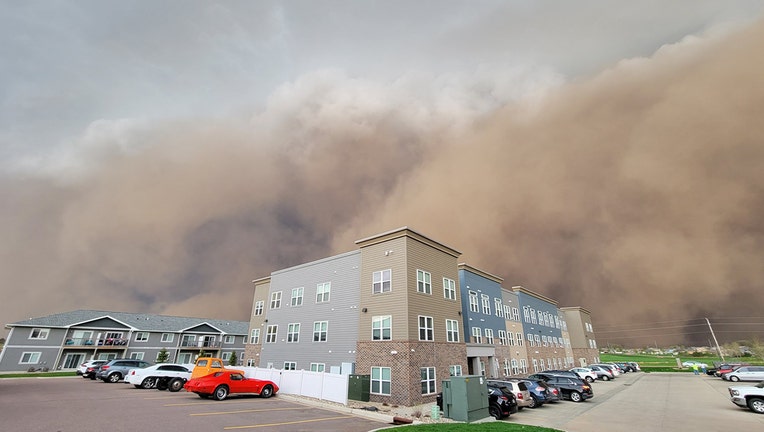 A wall of clouds and dust can be seen in an image captured over South Dakota by Rayce Monahan.

(FOX 9) - Inclement weather continues to push through the Midwest after a day of storms Wednesday caused rains, strong winds and hail.

A second round of storms are en route for much of central Minnesota tonight, but before the weather arrives it continues to make its way through South Dakota as the storm system moves west.

A wall of clouds and dust can be seen in an image captured over South Dakota by Rayce Monahan. Shawn Hinnant also captured video of similar scenes over Sioux Falls, South Dakota.

Line of clouds and dust move through South Dakota

A tornado watch has been issued for west-central Minnesota. Meanwhile, multiple tornado warnings have been issued in South Dakota and southwestern Minnesota as the storms continue to move east.

You can stay updated on the latest weather HERE.