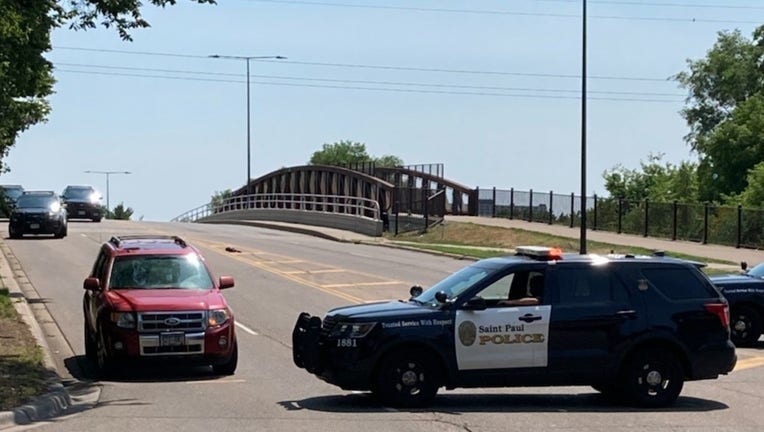 St. Paul police are investigating after a pedestrian was struck by a vehicle on Lexington Parkway near Burgess Street.

ST. PAUL, Minn. (FOX 9) - A pedestrian is in the hospital with serious injuries after he was struck by an SUV in St. Paul, Minnesota Friday afternoon, according to St. Paul Police Sgt. Natalie Davis.

Davis says the man was crossing Lexington Parkway N just south of the bridge near Burgess Street when the vehicle hit him. An ambulance took the man, believed to be in his 50s, to Regions Hospital. He is in critical condition.

The driver is cooperating with police.