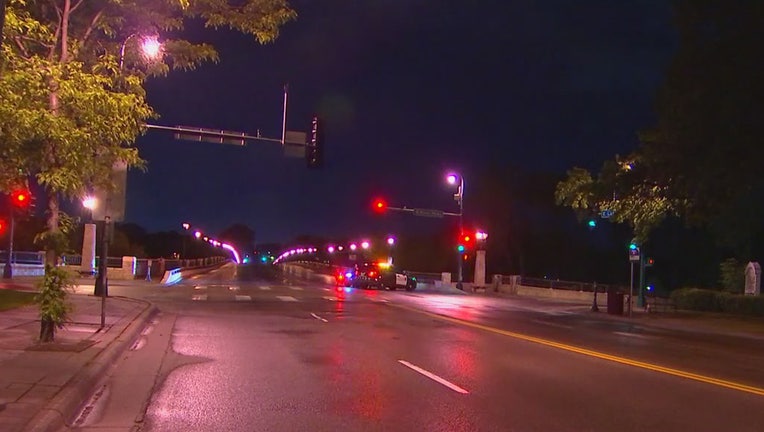 St. Paul Police on the scene of an a early morning crash Saturday, May 28, in which a pedestrian died on the Marshall Avenue Bridge. (FOX 9)

SAINT PAUL, Minn. (FOX 9) - A man died early Saturday morning after he was struck by a vehicle on the Marshall Avenue Bridge in St. Paul, according to the St. Paul Police Department.

Officers responded to a 911 call about a pedestrian struck by a vehicle on the bridge at 2:20 a.m., and arrived to find a man, believed to be in his mid-40s, laying in the middle of the road with severe head trauma, according to a statement from St. Paul Police Public Information Officer Steve Linders.

Officers spoke to a witness who saw the man who was struck walking in the middle of the roadway just prior to the crash,  according to Linders.

A 72-year-old man who was driving the vehicle that hit the man in the roadway remained at the scene and cooperated with investigators, Linders said.

Officers conducted field sobriety tests with the driver and did not detect any signs of impairment then or during their interactions with him, according to Linders.