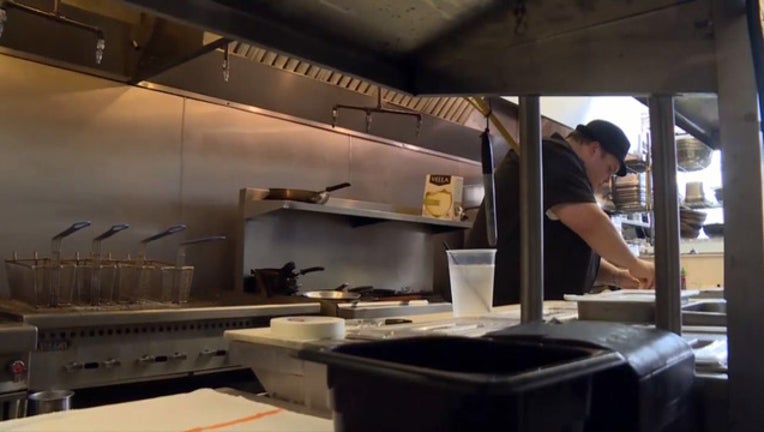 MADISON, Wisc. (WISC-TV) - A new "pay what you can" restaurant in Wisconsin will use wasted or unused food from grocery stores.

The idea comes from Chef Dave Heide, who already owns two successful restaurants in Madison.  He wants to open a third eatery with the goal of doing something for a greater cause.

"Fifty percent of the food we create here in the United States ends up in a landfill,” he offered.

Ingredients for meals will come from unsold items at grocery stores, and his employees will be military veterans having a tough time getting back into the work force.

His goal is to not only help the environment but people too. Heide wants the vets use the experience at his restaurant as a jumping board to move onto other positions at other places.

"You got all these people who are really looking for something that they can really feel that they fit in. And you got this huge shortage in the restaurant industry. What if we could pair those two up?"

Heide's new eatery doesn't have a location or opening day set yet.

He plans to name it after his youngest son, "Little John."  His other two restaurants are named after his two oldest children.