(FOX 9) - Despite the constant onslaught of arctic air over the last week or so, it's been relatively quiet precipitation-wise since last Friday. Well, that is about to change. The pattern will set up to bring a parade of quick and compact systems through the area over roughly a 60-hour period from Friday night to Monday morning.  While none of these storms look particularly strong, they will bring some light snow, large fluctuations in temps, and some gusty breezes at times.

Now, despite the 3 different snow chances, our weekend will not be totally consumed by FALLING snow... especially during the daylight hours. However, the resulting slippery roadways and lingering clean up efforts to these may make it feel like it is consuming much of our weekend.

The first in our parade of storms is likely to show up late Friday afternoon and into Friday evening. This one will likely be the most linear from north to south and bring the most widespread light snow to the whole state. But it is moisture starved and just won't last long enough for many of us to pick up more than an inch or inch and a half. So certainly, a nuisance style event. 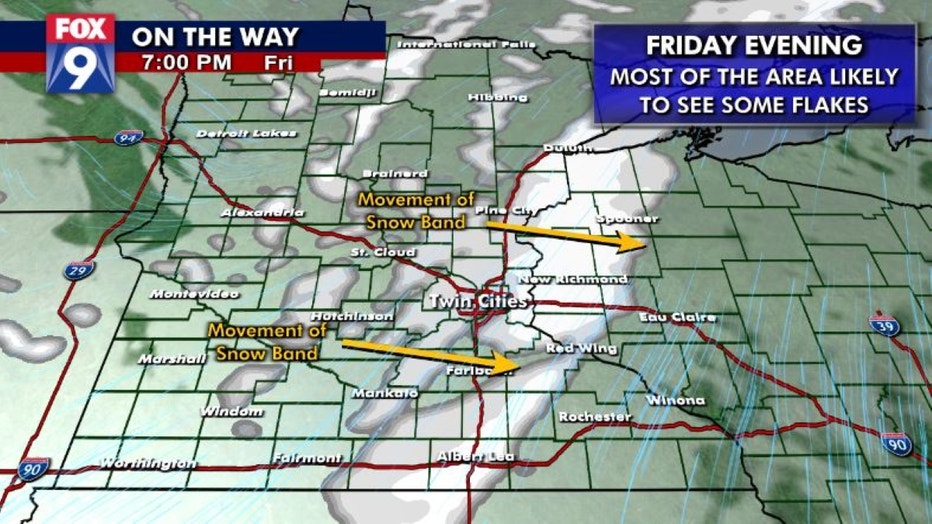 The timing and placement of the next two quickie storms still needs to be worked out. This is because the track of each storm is a direct result of what happens with the previous one. So Saturday's storm is a direct result to what happens on Friday. And same for Sunday nights in relation to Saturday's. Not to mention, both Saturday and Sunday's storms have yet to develop and are coming from a couple different directions, meaning there is a lot to yet be ironed out.

Current trends though can give us some idea of what will happen. Saturday's storm coming in from the Arctic will bring some very cold air and light snow, but appears to be trending a little farther south, giving southern Minnesota the best opportunity for a couple inches of fluff. The Twin Cities metro and the I-94 corridor will likely be on the northern fringes of this, with up to an inch or so looking possible. 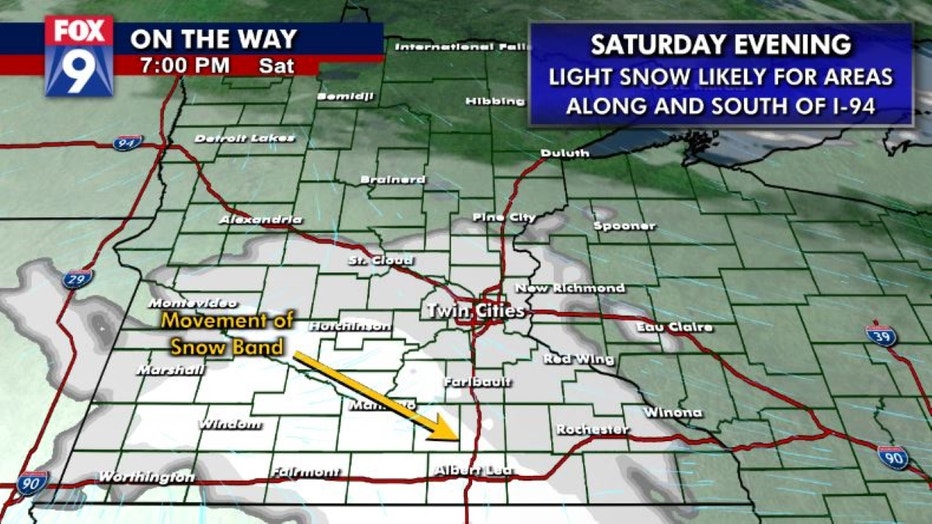 A second round of snow is possible Saturday evening.  (FOX 9)

The third storm in our parade is likely to have the best opportunity to be the strongest. Coming out of the Gulf of Alaska, it will likely bring more moisture with it. It is also likely to move a bit slower, which would allow falling snow to linger longer, allowing more to accumulate. However, the track and intensity of this storm is far from certain with some wiggling in the forecast not out of the question. As of this post, the overall trends are pushing the band of snow a little farther to the north... giving areas along and north of I-94 the best opportunity for accumulation; the exact opposite of the storm before it. There is also a wide range in speeds possible. The slower it goes and the longer it lingers into early Monday, the more some areas are likely to get. While nothing epic is expected, several inches of snow is possible for some, so you'll have to check back over the weekend for the very latest. For the moment, I think popular numbers will be 2s, 3s, & 4s. But there appears to be a chance for some areas to get a little more than that. 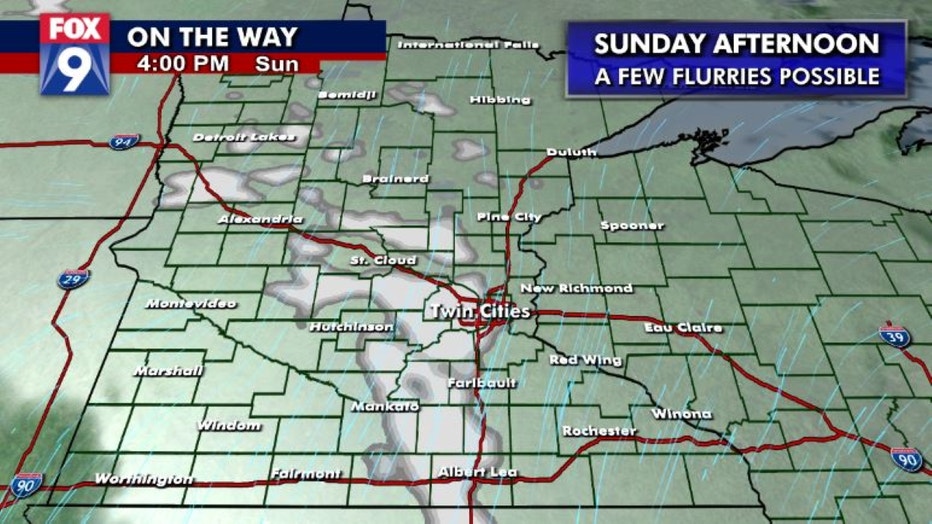 The third round of snow could arrive Sunday afternoon. 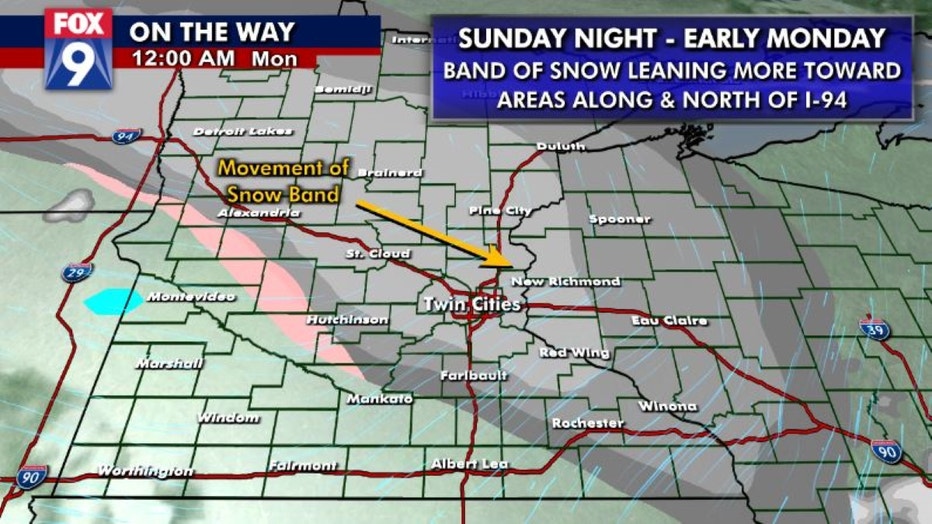 The takeaway here; a shot at some light accumulating snow roughly each evening and night over the weekend could lead to a grand weekend total of several inches for parts of the area. We'll see how it all shakes out.