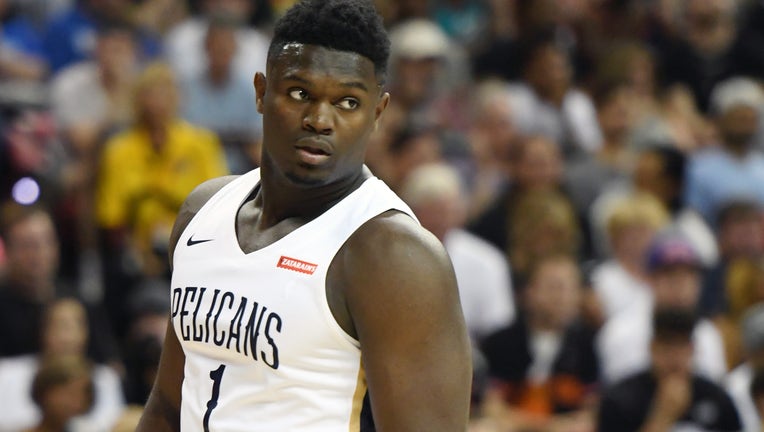 REDDING, Calif. - The Shasta County District Attorney on Friday detailed the charges against a Palo Alto woman who they say sparked the Fawn Fire, which ignited this week in a deep and remote canyon.

DA Stephanie Bridgett said Alexandra Souverneva, 30, was stopped by Cal Fire coming out of the brush when the fire started on Wednesday with a lighter in her pocket.

She now faces a felony charge of arson with an enhancement because California is under a state of emergency. She's being held on $100,000 bail, according to county custody records. She was arrested 10 days earlier for trespassing in Douglas County, Oregon, records show.

The Shasta County District Attorney on Friday detailed the charges against a Palo Alto woman who they say sparked the Fawn Fire, which ignited this week in a deep and remote canyon.

Despite the charge in the Fawn Fire case, prosecutors have yet to provide a motive as to why the young woman would have started the fire.

The Cal Fire Shasta-Trinity Unit was tipped off to Souverneva after people in the area reported seeing a woman trespassing and acting erratically. Firefighters later said she appeared dehydrated and needed medical attention.

The Shasta County District Attorney made the announcements during a press conference on Friday, September 24, 2021.

A Cal Fire battalion chief said the foreman at the quarry asked her to leave and she was seen running off into the hills near where the fire started at the JF Shea Quarry off Fawndale Road. Cal Fire investigators said she dropped a CO2 cartridge and AA batteries on the ground.

Later that afternoon, fire crews were dispatched to a vegetation fire on the same property.

Souverneva was later interviewed by Cal Fire law enforcement officers "and she provided a statement and she was subsequently subsequently arrested on arson charges," the battalion chief said.

According to court documents, she said that she was trying to get to Canada and had stopped for a while to boil water to drink.

And there was no statement provided in the court documents that displayed her acknowledgement of any arson.

Bridgett said the maximum penalty that she currently faces is nine years.

Since the fire is still burning, Bridgett added that additional charges are likely.

"We are aware that there are possible additional fires here in our county that she may be linked to, as well as other charges and other fires statewide," Bridgett added, without being more specific.

Souverneva graduated from Palo Alto High School in 2009, according to Palo Alto Online. Her LinkedIn states she has experience in chemistry and graduated from CalTech in 2012.  She described herself on the page as a "shaman," and said she was a yoga instructor and divemaster.

By Friday evening, the fire had grown to more than 6,820 acres since it started Wednesday afternoon and was just 10% contained.