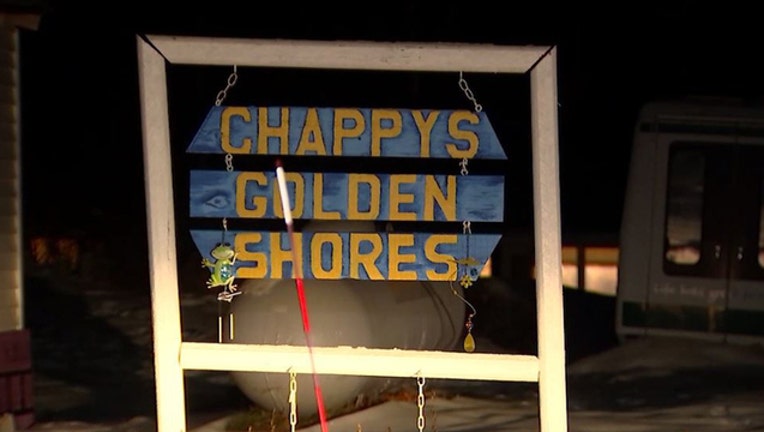 According to AG Keith Ellison’s office, 10 people were charged with the counts of manslaughter, assault, neglect, racketeering, theft, operating a comprehensive home-care facility without a license, concealing the proceeds of these crimes, perjury and obstructing the State’s criminal investigation.

Those charged are former owner Theresa Lee Olson, who faces 25 of the charges, and other managers and employees.

The Aitkin County Sheriff announced Tuesday evening that Olson and four other employees were taken into custody after the charges were filed.

Among her charges, Olson faces one count of manslaughter for the death of a Chappy’s resident.

Earlier this year, the AG’s office opened the criminal investigation into Chappy’s after it was referred to them by Aitkin County. Over 1 million pages of documentary and digital evidence were reviewed, along with dozens of interviews with Chappy’s residents, employees, medical professionals, social workers, guardians and other witnesses.

A Hill City-based assisted living facility will be shutting&nbsp;down just after midnight Friday&nbsp;after the Minnesota Department of Health issued a 90-day suspension of the facility's&nbsp;license, according to MDH officials.

The facility's license was revoked by the Department of Health as a result of the investigation.

The investigation outlined numerous offenses by Chappy’s owner and her employees:

Chappy’s “subjected multiple residents to neglect” by not giving them proper health care, supervision, food or shelter. In an example, the AG’s office says a 72-year-old Marine Corps veteran died at Chappy’s in October 2018 because of “improper care and neglect.” A medical provider said the man’s catheter was “one of the worst [they] had ever seen,” and the result of “utter, complete neglect.”

Olson, with the assistance of some employees, allegedly defrauded Minnesota’s Medicaid program of $2.1 million by billing for health care services that did not occur or were not covered by Medicaid. Some Medicaid bills included services for residents that were not at the facility on the days billed.

Charges say the residents were housed in unlicensed and unapproved facilities, including buildings with “holes in the closet leading to the exterior of the home, a broken window and door, visible water damage and rodent nests and feces.”

Chappy’s billed Medicaid for services provided by health aides who had not passed background checks. Some of those aides had prior assault, burglary and electronic solicitation of minors convictions that would have disqualified them.

Chappy’s would list them as maintenance or custodial workers so they did not have to be present for State licensing reviews. The AG’s office uncovered messages sent to those employees telling them to use a basement entrance and exit to avoid State reviewers.

After the State suspended Chappy’s license, Olson sold the facility to her daughter for $1 and renamed it Mont Royal. As Mont Royal, the Olsons tried to obtain a new license from MDH, which was rejected. Despite the rejection, Chappy’s continued to operate unlicensed.

The State investigation also found an “extensive and coordinated effort to conceal evidence of fraud and maltreatment,” including falsifying records for State investigators and tampering with potential witnesses.

With a search warrant, investigators seized a notebook from Olson’s home with a list of reasons the facility did not call 911 after a patient broke their hip on some ice and also found a whiteboard that appeared to be a script for employees to follow when being interviewed by the State.

After the investigation began, Olson and her husband withdrew over $1.7 million from the Chappy’s bank account and sold two of the facility’s buildings for $1.