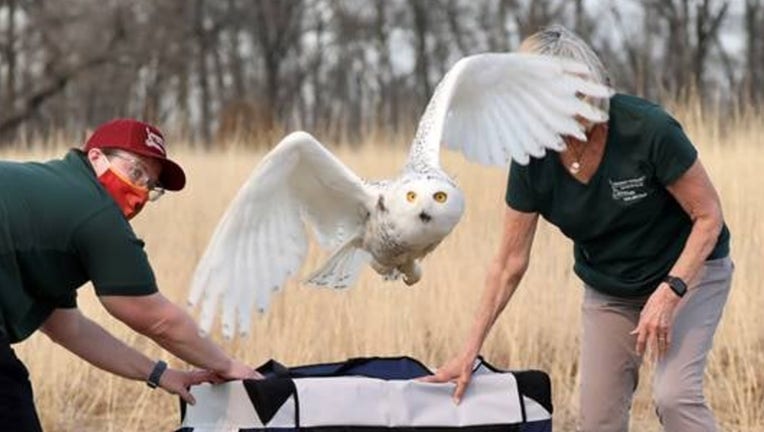 After months of recovery, a rescued snowy owl was released back to the wild. (City of Richfield)

RICHFIELD, Minn. (FOX 9) - A snowy owl rescued by a naturalist and a plow driver is now flying in the wild once again.

According to the City of Richfield, in December, a Minnesota Department of Transportation plow driver saw the injured snowy owl near the median on I-494. The driver reached out to Wood Lake Nature Center’s naturalist Scott Ramsay, who quickly arrived to help rescue the bird.

Cell phone video shows Ramsay use a net to successfully capture the owl.

Once admitted to the University of Minnesota Raptor Center, medical staff determined the young owl had broken its collarbone.

After months of rehabilitation, the two-year-old male owl was recently set free at the Sherburne National Wildlife Sanctuary.