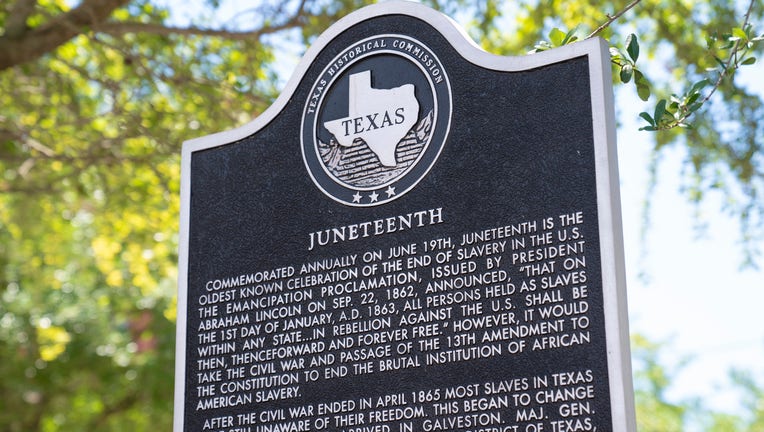 Juneteenth is the oldest known celebration of the end of slavery in the United States. (Source: Galveston Convention & Visitors Bureau)

(FOX 9) - Minnesotans will host Juneteenth celebrations across the state Friday in the hopes of making it an official holiday going forward.

Juneteenth is the celebration of the emancipation of the last remaining enslaved African Americans in the Confederacy. While Minnesota is a long way from the Confederate states, the Twin Cities area used to host one of the bigger celebrations in the country. Currently, only Texas has an official Juneteenth holiday.

Minnesotans will host Juneteenth celebrations across the state Friday in the hopes of making it an official holiday going forward.

“At one point and time, the Minnesota Juneteenth celebration was like one of the top three across the United States,” said  Lee H. Jordan, the state and Midwest regional director for the National Juneteenth.

Now, a younger generation is looking to take the reins to promote the holiday.

“This year, it’s the younger people that have picked up the banner and said, hey, we want to run with this banner and it’s like, go ahead. I love it!” said Jordan

Minnesotans are advocating for Juneteenth to become a National Holiday with several celebrations around the Twin Cities area.

“As a community trying to figure out how do we move forward realizing we still have a lot of work to do just felt like Juneteenth was the opportunity plus a lot of people are learning what is Juneteenth so it felt like such a perfect way to say any, everyone, let’s work together, let’s unite and then, from there, let’s rebuild the city together and make things better,” said Monique Chenier, the co-chair for the Unite and Rebuild MSP Juneteenth Celebration.

Here is where Minnesotans will be celebrating Juneteenth Friday:

9 a.m. – The city of St. Paul will host a virtual, YouTube Juneteenth celebration

11 a.m. – Black Visions and the committee of black workers of CTUL hosting a celebration at 3715 Chicago Avenue in Minneapolis until 6 p.m.

1 p.m. – A Juneteenth rally for reparations will take place at the State Capitol.

3 p.m. – Across the street from the Minneapolis Police Department Third Precinct, an area most impacted by the recent riots in Minneapolis, organizers will host a Juneteenth event to help educate people about the holiday. That event will take place at Lake and Minnehaha in South Minneapolis and run until 8 p.m.